In the 1960s and early 1970s there were a half dozen cookie-cutter multipurpose stadiums built. All were nearly identical, but one stood apart from the others, Busch Stadium. When it closed in 2005 it was a stadium loved by many Cardinal fans and had many unique features. For years there was talk about a midtown sports stadium in downtown St. Louis. The Cardinals wanted a new ballpark after playing at Sportsman’s Park for more than four decades. In the early 1960s Anheuser-Busch pledged $5 million toward the $20 million stadium project. On May 24, 1964 ground was broken for a stadium on 30 acres in downtown St. Louis. The Cardinals played their first game on May 12, 1966 at Busch Stadium. Four tiers of 46,068 red seats circled the entire grass playing field and a $1.5 million scoreboard with an electronic cardinal that chirped was located behind the outfield fence. Busch Stadium was called one of the best stadiums in the country when it opened.

Astroturf replaced natural grass in 1970 in order for the stadium to be converted from football to baseball easier. For more than two decades there were few changes at Busch Stadium. New ownership retrofitted Busch Stadium in 1995 after football was no longer played at the stadium. Grass replaced the Astroturf, new seats were added, and new scoreboards were added. The bullpens were placed behind the outfield fence, and the area behind the outfield was spruced up.

During the last ten years of its existence as when the stadium opened, fans flocked to downtown St. Louis for Cardinals games, parking in the nearby parking garages and walking to the stadium. As fans entered the gates, they were at the main concourse level and could take ramps to the upper levels of the stadium. Once seated, fans saw a sea of red seats that enclosed the stadium. Busch Stadium consisted of four main seating sections. The lower level of seating that once moved to form the football section was between the foul poles and was closest to the field It also had several rows of padded green luxury seats in the first few rows that were added in 1995. Luxury suites, the pressbox and game day operations were located on the third tier of the stadium. Prior to renovations in the 1990s seats in the upper deck circled the field. During the past ten years of the stadium’s existence, it no longer looked as a dull cookie-cutter stadium. It had charm and character that included the huge manual scoreboard that was constructed over 5,000 upper deck seats in the outfield and the arches that supported the roof.

Many amenities were added to Busch Stadium including the Family Pavilion, that had many games and activities, Homer’s Landing, a picnic area overlooking the bullpen in left center field and a stadium club restaurant and bar. Statues of Bob Gibson, Lou Brock, Enos Slaughter, Red Schoendienst and Jack Buck were located on the Plaza of Champions outside the stadium. Although many fans would have probably said that they liked and enjoyed Busch Stadium, the owners of the Cardinals committed to building a new ballpark adjacent to Busch Stadium in 2000. The Cardinals played their last game at Busch Stadium in a playoff loss to the Houston Astros on October 19, 2005. The stadium was demolished in November 2005 and the Cardinals moved into the new Busch Stadium in April 2006. 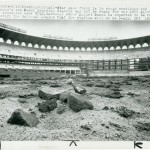 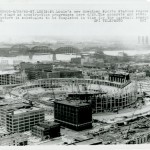 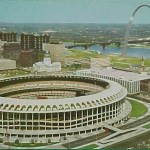 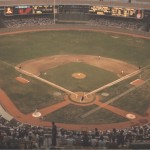 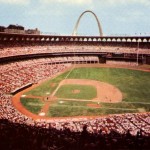 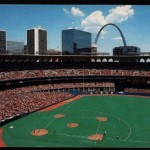 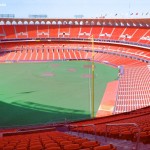 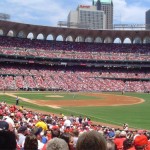 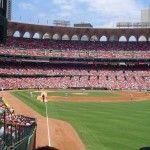 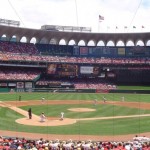 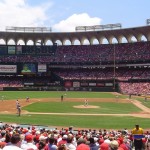 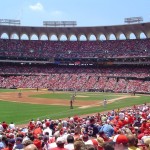 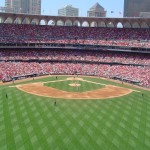 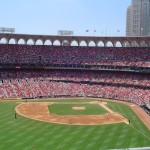 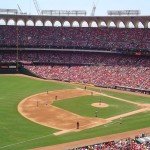 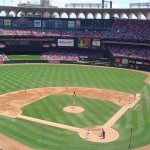 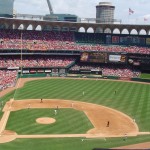 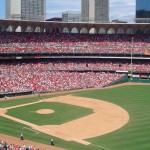 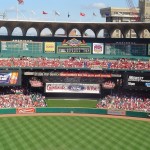 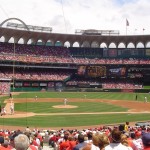 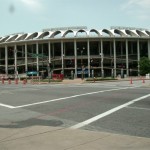 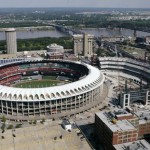 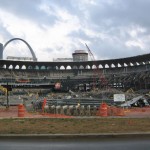 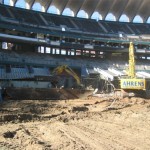 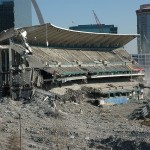 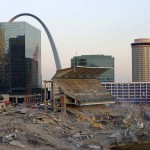 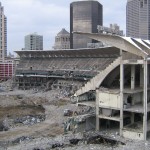 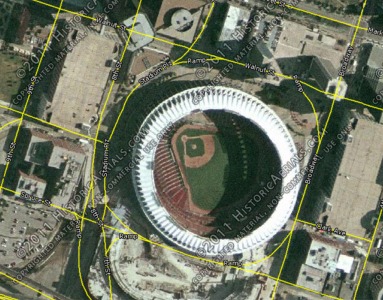 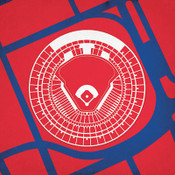