For three decades along the banks of the Allegheny River sat Three Rivers Stadium, home of the Pittsburgh Pirates. It was the second ballpark to be located across the river from downtown Pittsburgh as the Pirates had played at Exposition Park from 1890 to 1909. In June 1909 the Pirates moved to the neighborhood of Oakland and into Forbes Field. This steel and concrete ballpark was state of the art when built but began to show its age by the 1950s. It seats were cramped, their was a lack of parking and was in general disrepair. As early as 1948 there was a proposal for a new municipal stadium for the Pirates and Steelers (NFL). Not until the 1950s did plans begin to take shape for a new facility. An original plan had a multipurpose stadium to be constructed over the Monongahela River that would have had the outfield open to the skyline of Pittsburgh, but was scrapped due to projected costs. In 1958 a site in the Northside region of Pittsburgh, where the Allegheny and Monongahela Rivers join to form the Ohio River was chosen to build a new stadium. Originally scheduled to open in the 1960s construction was delayed multiple times due to construction and financial issues. Construction of Three Rivers Stadium began on April 25, 1968.

On July 17, 1970, in front of the largest crowd ever to see a baseball game in Pittsburgh, the Pirates played their first game at Three Rivers Stadium, a loss to the Cincinnati Reds. The $55 million cookie-cutter stadium had a seating capacity of 47,942 for baseball and 59,000 for football. Five levels of red and yellow seats enclosed the stadium. In order to convert the stadium for football, two banks of 4,000 ground level seats along the first and third base lines for baseball were moved and became 8,000 50 yard line seats for football. The main scoreboard was originally located over the outfield fence in centerfield. It was replaced with a new $5 million video/scoreboard in 1983. The new scoreboard was located below the rim on the stadium in centerfield and over 4,000 seats were added where the old scoreboard had been located. Also in 1983 the original Tartan playing surface was replaced with AstroTurf. Prior to hosting the 1994 All-Star game new blue seats were installed in the lower deck. One of the stadium’s most luxurious features was the Allegheny Club, a restaurant that accommodated 300 people for a view of the field and 400 people in the main dining area. Statues of greats Roberto Clemente and Honus Wagner sat outside the stadium. In the 1990s seats in the upper deck in the outfield were covered by huge championship tarps.

The Pirates and Steelers began to seek separate stadiums in order to generate additional revenue by the mid 1990s. Both succeeded and new stadiums were built on both sides of Three Rivers Stadium, Heinz Field for the Steelers and PNC Park for the Pirates. On October 1, 2000 the Pirates played their last game at Three Rivers Stadium. The stadium was imploded on February 11, 2001. 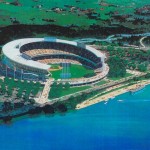 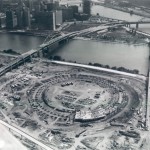 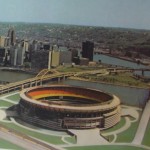 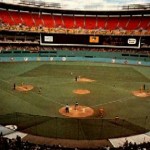 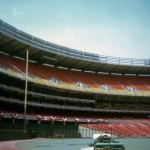 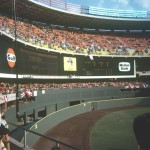 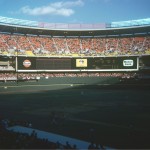 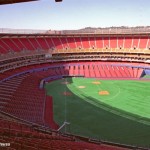 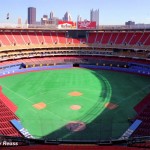 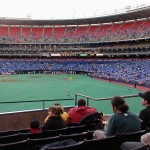 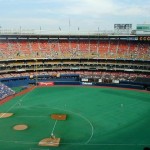 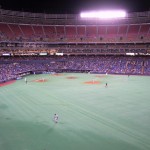 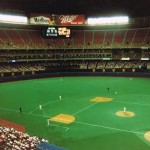 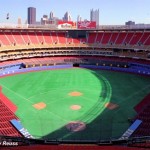 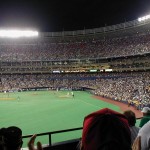 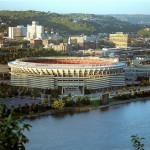 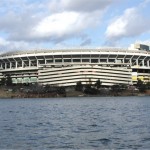 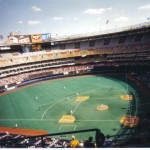 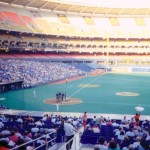 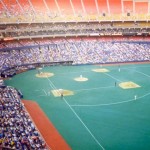 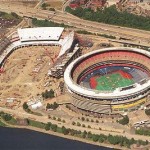 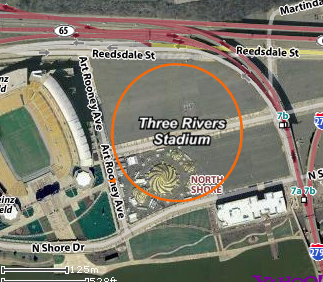 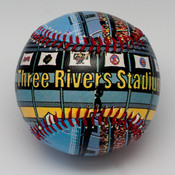