Still called the SkyDome by many Blue Jay fans, the Rogers Centre is home of Canada’s only professional baseball franchise. An architectural marvel at the time of its opening, it was the first retractable roof stadium, allowing events to be held year-around in Toronto, regardless of the weather. Toronto was awarded an expansion franchise in 1976 after relocation attempts by several other baseball teams failed, including the San Francisco Giants. The city did not have a baseball only facility for the team and had to retrofit the football only stadium, Exhibition Stadium. In 1977 the Blue Jays made their debut in Toronto, playing at Exhibition Stadium for 12 seasons.

In the late 1970s city officials began working on plans to build a new stadium in Toronto. A site west of the CN Tower in downtown Toronto was selected with groundbreaking ceremonies occurring on October 3, 1986. The new stadium was not just for the Blue Jays, but a multipurpose venue that could host any event. It would also feature a retractable roof allowing events to occur throughout the year regardless of the season. Stadium officials allowed the public to participate in part of the stadium process by providing suggestions for a name. Over 12,879 fans submitted a large variety of suggestions to name the stadium including Alfresco Stadium, Railway Place and the Zipper Dome. The name chosen for the stadium was announced on May 11, 1987, SkyDome. For more than 15 years the stadium was known as SkyDome before being renamed. In February 2005, Rogers Communications bought the stadium for $25 million and renamed SkyDome, the Rogers Centre.

A grand opening ceremony at the SkyDome occurred on June 3, 1989. Over 60,000 people watched the dome open for the first time. Two days later the Blue Jays made their debut on June 5, 1989 when 51,000 fans filled the stadium. The retractable roof consists of four independent panels. When the roof opens three of the four panels, two barrel shaped and one quarter dome, maneuver where they stack over the fourth panel at the north end of the stadium. Weighing over 21 million pounds, it takes 20 minutes for the roof to open or close. The Rogers Centre has five levels of seats that extend from right centerfield to homeplate and to left centerfield. All of the lower-level seats are moveable and can form a football gridiron, as the Jays once shared the stadium with the Toronto Argonauts (CFL). The pitchers mound is raised and lowered hydraulically when the field is not in the baseball mode.

The Rogers Centre has many other unique features other than its retractable roof. The Rogers Centre Renaissance Hotel is part of the stadium beyond the outfield. It has 350 rooms, 70 that overlook the playing field. In centerfield is the massive videoboard, most recently upgraded prior to the 2022 season. It measures 110-feet wide by 44-feet high.  After the 2004 season, the Astroturf was removed and replaced with Fieldturf. The Blue Jays have had success at the Rogers Centre, winning the 1992 and 1993 World Series. They also attracted four million fans a season during this time. With its roof open on a sunny afternoon and its location in downtown Toronto alongside the CN Tower, the Rogers Centre is a great place to spend an afternoon watching baseball.

The long term future of the Rogers Centre is in doubt as it is one of the largest stadiums in baseball and antiquated compared to most ballparks built within the past 20 years. In March 2022, the Blue Jays announced plans to renovate the Rogers Centre, with the majority of the modernization impacting the lower deck, as the existing structure will be demolished and replaced with seating configured for an optimized fan experience. Other areas throughout the stadium will be upgraded. The majority of the renovation will completed during the offseasons following the 2022 season and completed by the 2025 season. The Blue Jays have indicated that this is not a long-term solution and provides the team a 10 to 15 year window to develop a plan for a new ballpark. 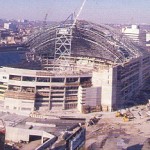 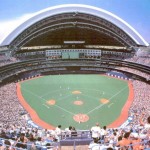 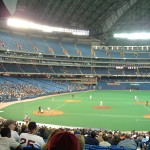 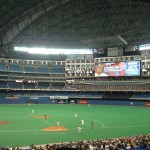 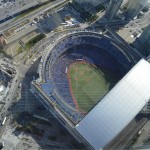 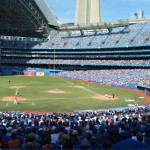 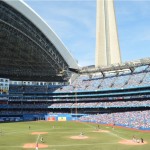 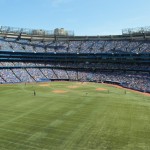 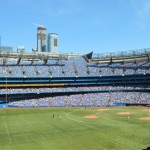 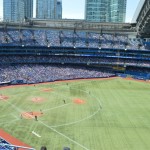 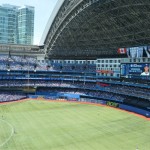 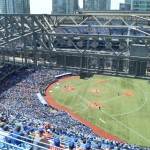 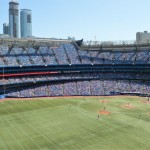 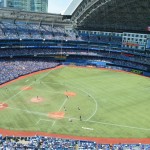 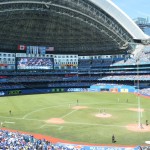 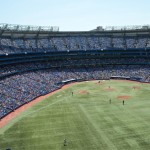 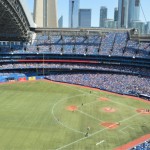 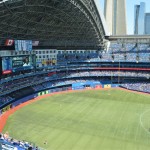 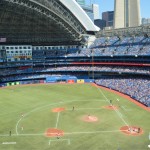 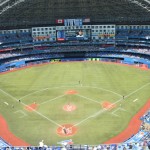 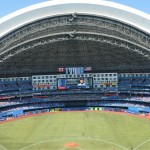 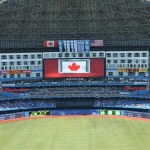 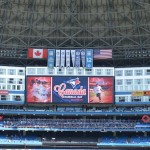 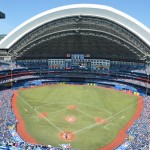 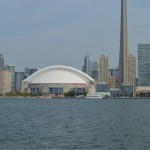 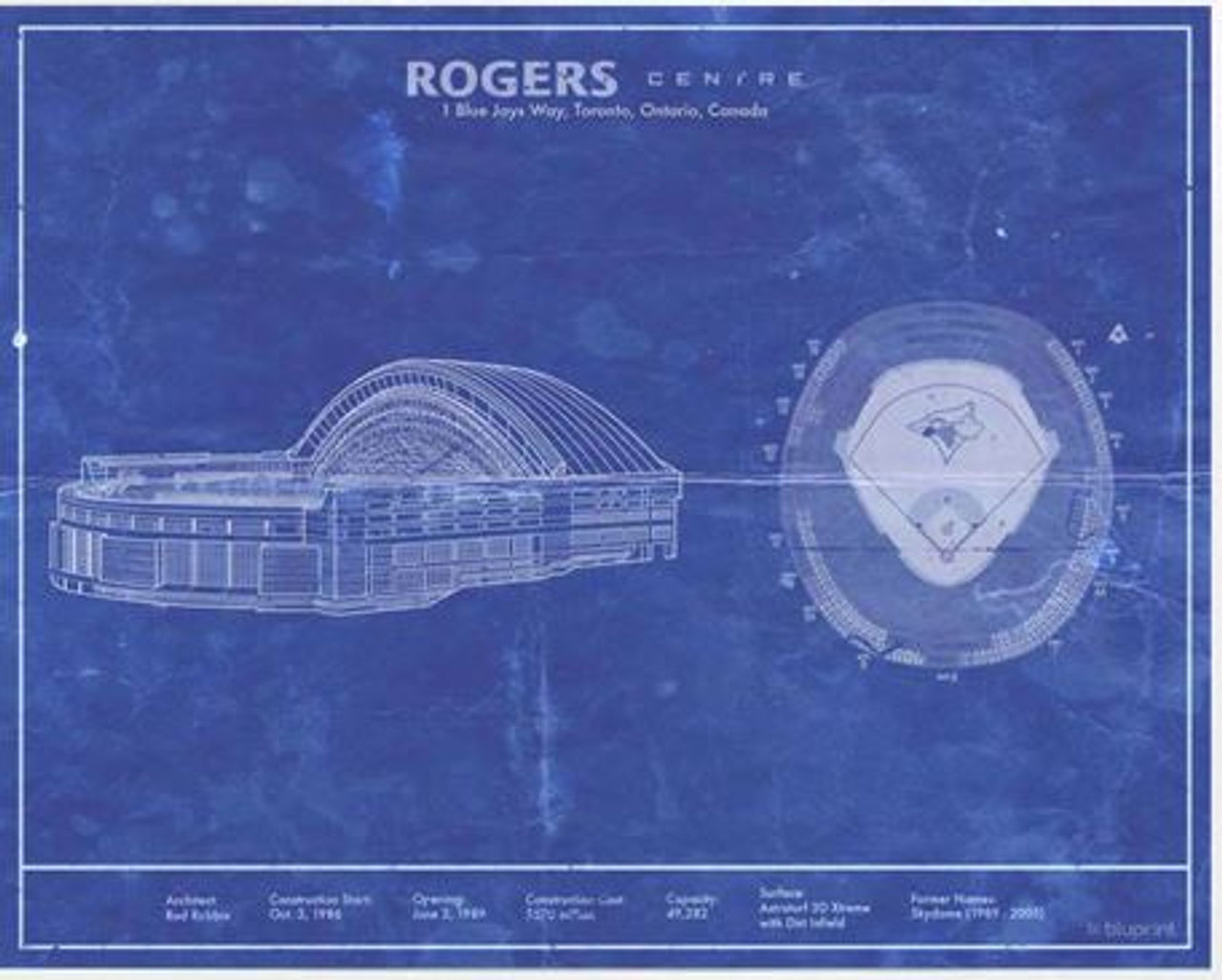 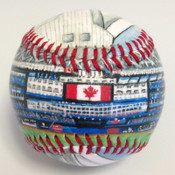 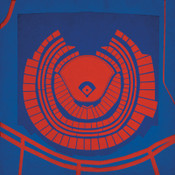 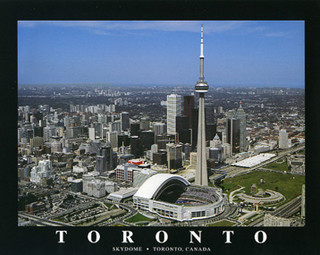 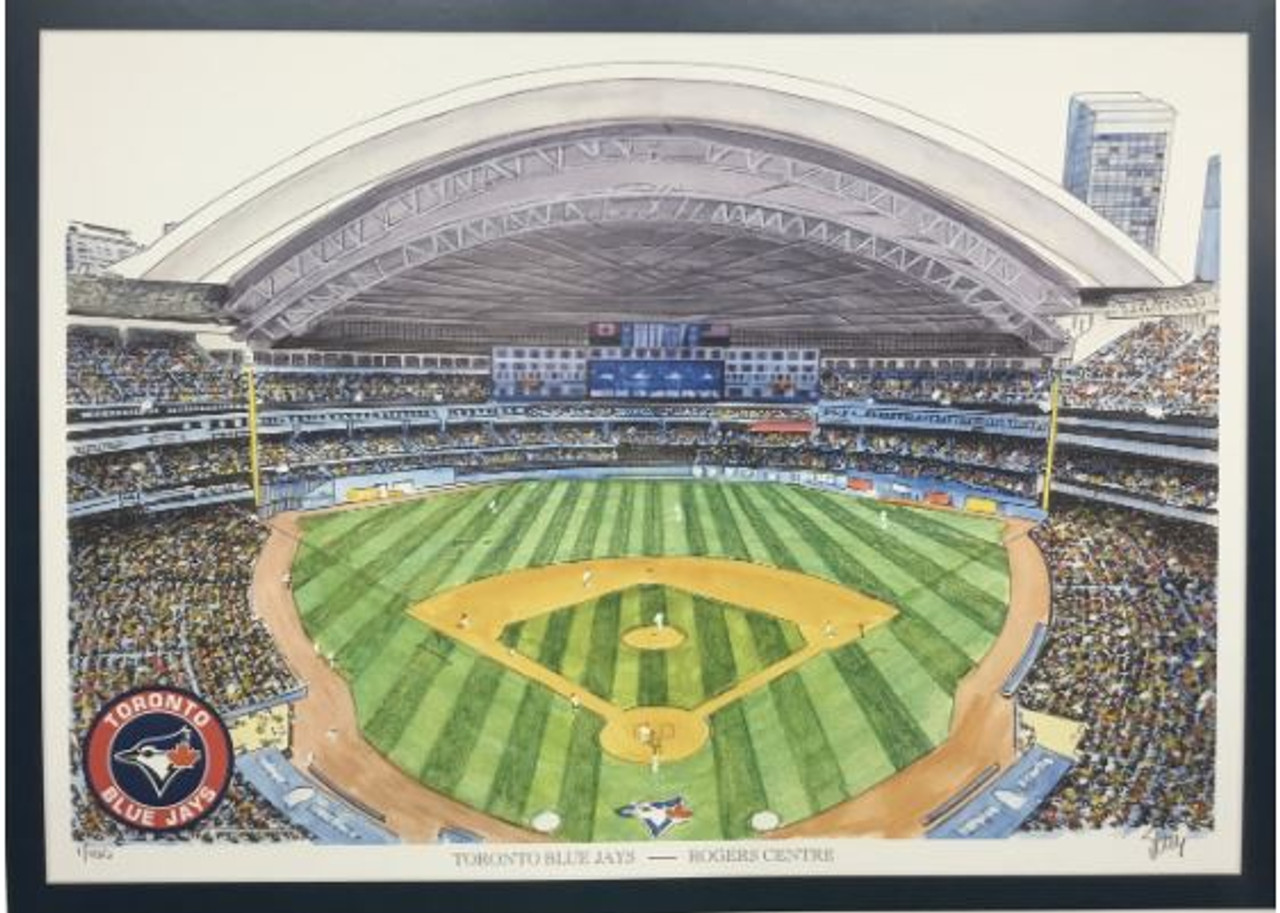