Of the 30 ballparks in Major League Baseball, there are a few that should be on every baseball fan’s bucket list. Oracle Park’s charm, character and breathtaking views can only be rivaled by a few other ballparks in the country. However, this was not always the case for the San Francisco Giants as they played at Candlestick Park for over three decades. Notorious for its windy conditions and cold evenings in the Summer, the stadium was the multipurpose home of the Giants and San Francisco 49ers (NFL). Fully enclosed and seating over 60,000 fans Candlestick Park was riddled with problems from the day it opened. A little over a decade after the Giants moved into the stadium the team sought a new stadium either in the San Francisco Bay area or relocating to a new city. The Giants nearly moved to Toronto in 1976 but Bob Lurie purchased the team and kept them in San Francisco.

In the 1980s San Francisco official proposed placing a dome over Candlestick Park, but the plan did not materialize. Referendums financing the construction of a new ballpark failed in 1987 and 1989. Residents in neighboring Santa Clara and San Jose also rejected ballot measures for a new ballpark. The future of the Giants looked bleak in San Francisco as officials in Tampa were lobbying the team to move there. However, in January 1993 Peter Magowan purchased the Giants, keeping them in San Francisco. Two years later in 1995 the Giants announced plans to build a new ballpark in downtown San Francisco in the China Basin district. The ballpark was the first to be privately financed since the construction of Dodger Stadium. Construction began on December 11, 1997 and opened on April 11, 2000 when the Giants battled the Los Angeles Dodgers. The ballpark has had four names since its opening: Pacific Bell Park, SBC Park, AT&T Park and now Oracle Park after the software company purchased the naming rights for 20 years prior to the 2019 season.

Nestled at the edge of downtown San Francisco, Oracle Park sits between King Street and the China Basin, part of the San Francisco Bay. As fans approach the ballpark they see a magnificent steel and brick structure that features two clock towers, each 122 feet tall featuring pyramid-shaped roofs topped by 45-foot tall flagpoles. At the intersections of King Street and 3rd Street is the homeplate entrance to Oracle Park where a statue of one of the greatest players in baseball history, Willie Mays, is located. Once inside the ticket gates, expansive concourses allow fans to get to their seats. The main three tier grandstand consists of 41,600 green seats that extend from behind homeplate to both the foul poles. Bleachers are located behind the left field fence. Only a walkway is above the right field fence due to the China Basin, also known as McCovey Cove. A sidewalk between the water and the right field commemorates historical moments in Giants history. A screened fence that is part of the right field fence allows fans without tickets to see the action inside Oracle Park.

The HD video/scoreboard is located behind the centerfield fence. There are numerous entertainment options to keep fans entertained at Oracle Park. The Coca Cola Fan Lot is an interactive play area for children and adults. Fans of all ages can slide into home plate from one of the four slides inside the 80-foot wooden Coca-Cola contour bottle. Fans can stroll up to the world’s largest baseball glove or check out the views of the San Francisco Bay area from the outfield area. When a Giant player hits a homerun, strobes flash inside the Coca Cola bottle, bubbles appear to float from the bottle’s mouth, and green and white lights flash up and down the neon tubes running along its ribs.

Since its opening there have been few changes at Oracle Park. Prior to the 2019 season the Giants replaced the video/scoreboard in centerfield with one of the largest ones in baseball. The 4K videoboard covers 10,700 square feet and is three times the surface area of the previous one. In December 2019 the Giants announced plans to move the bullpens from the field to behind the center field fence. Prior to the 2020 season the bullpens were located down the first and third base lines. This move reduced the dimensions of the outfield fences in left-center field from 404 feet to 399 and in center field from 399 feet to 391 feet. It reduced the seating capacity by approximately 650 seats.

With its breathtaking view of the San Francisco Bay from the main grandstand or the skyline from the bleachers, Oracle Park is consistently ranked as one of the best ballparks in baseball. 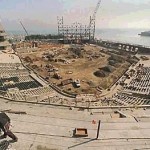 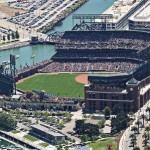 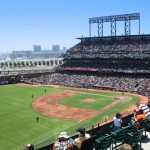 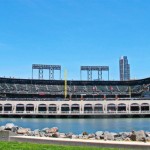 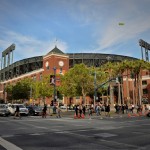 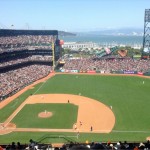 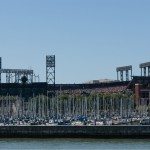 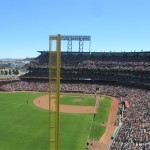 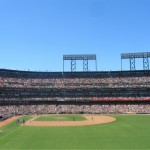 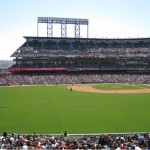 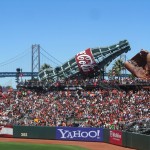 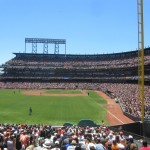 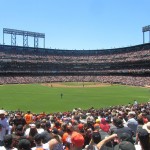 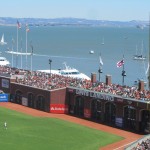 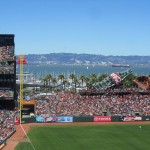 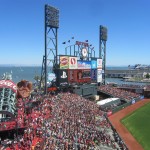 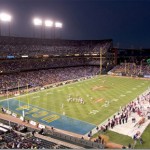 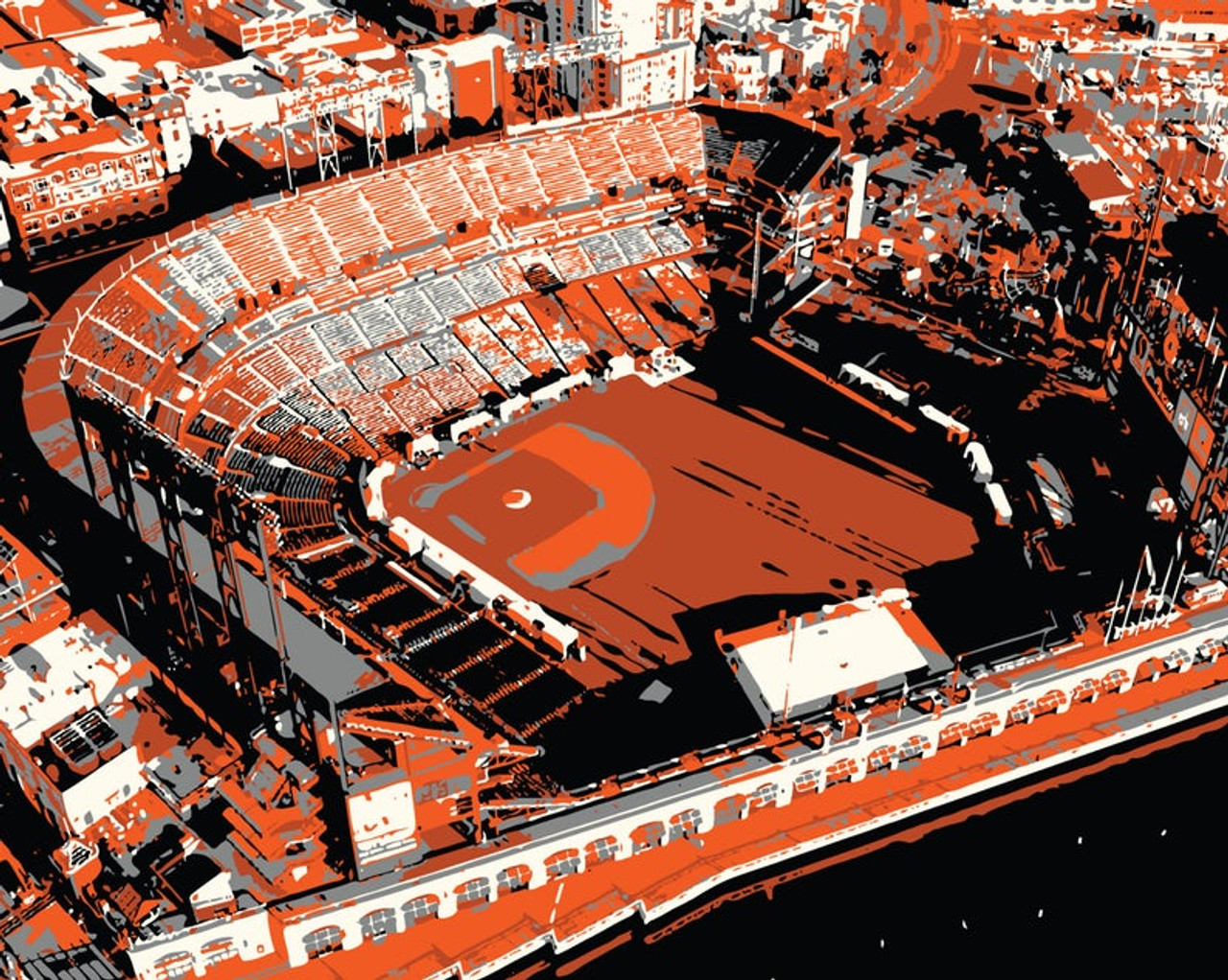 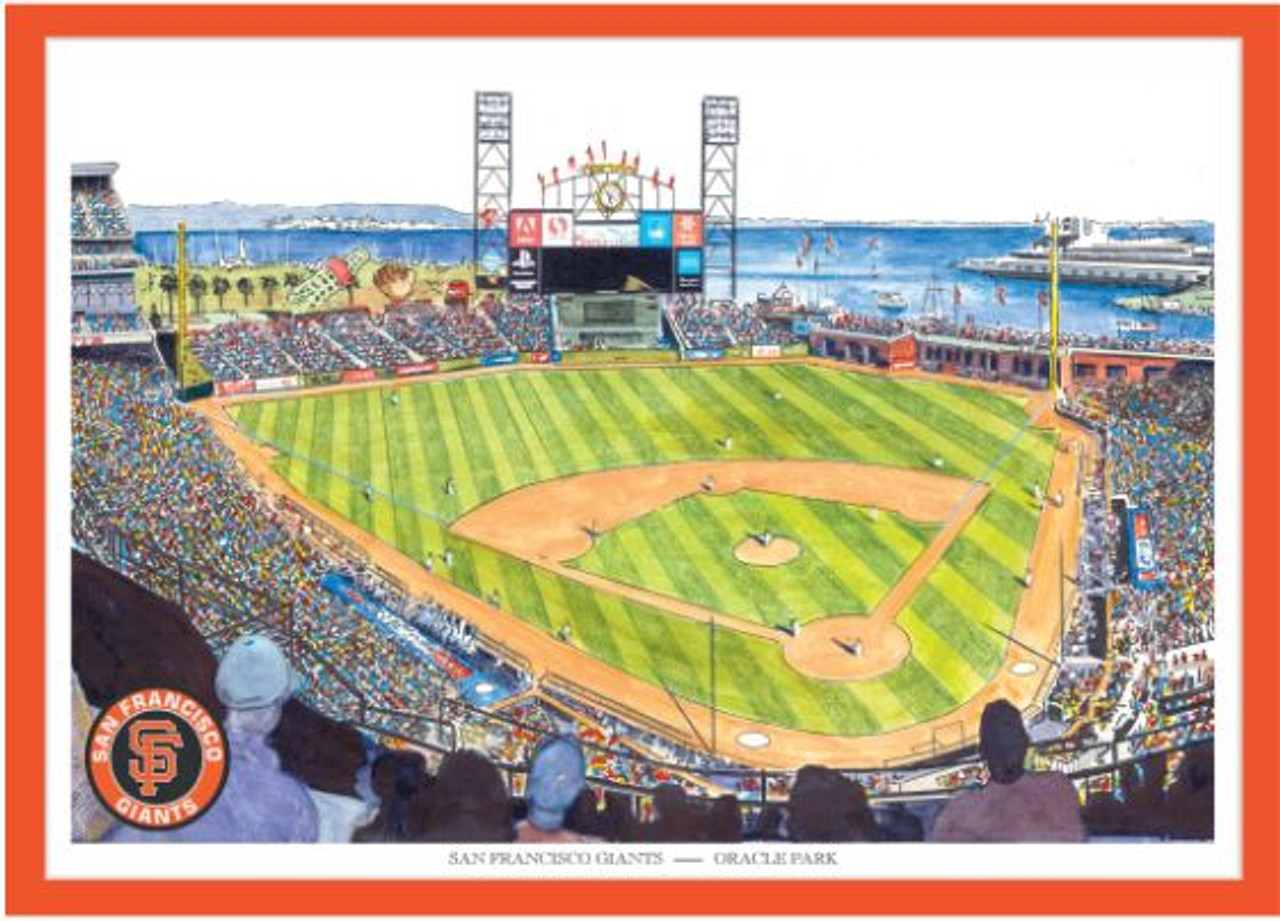