Nestled in the streets of downtown Baltimore near the Inner Harbor, sits the ballpark that has influenced the architecture and construction of nearly every baseball stadium built since 1992, much like when Shibe Park and Forbes Field ushered in the modern steel and concrete ballparks in the first half of the 20th Century. The history of the Orioles in Baltimore began in 1954 after moving from St. Louis as the Browns. They moved to Memorial Stadium, a stadium that was rebuilt when the Orioles moved to the city and also became home of the Baltimore Colts (NFL). It was not a typical multipurpose stadium with the lower and upper decks surrounding the field except in the outfield. It had an odd oblong shape pushing most of the seats away from the field.

The Orioles and city officials developed a plan to build a new ballpark in downtown Baltimore on land that once was occupied by Babe Ruth’s father’s saloon. Owner of the Orioles, Eli Jacobs, hired architect Joseph Spear of HOK Sport to design a new ballpark for the team. Spears designed a ballpark that revolutionized the design of nearly every ballpark built since 1992. Named Camden Yards, it was built similar to ballparks of the early 1900s with steel columns, beams and trusses used to support the facility instead of concrete.

On April 6, 1992 the Baltimore Orioles played the Cleveland Indians in their first game at Camden Yards. Nestled on the edge of downtown Baltimore near the Inner Harbor, the façade consists of brick with arches allowing Camden Yards to look as it has been part of the city landscape for decades and the low-raked upper deck keeps the ballpark from looming over surrounding buildings. The majority of fans enter through the Eutaw Street entrance in centerfield, a street that once led into downtown Baltimore. This is a bustling area between the seating area and the B&O Warehouse. Fans can mingle, enjoy their favorite food or beverage, see plaques of legendary Oriole Hall of Famers and enjoy the sights and sounds of the ballpark. From Eutaw Street fans see a plethora of green seats in the main grandstand. Located below street level is the playing field that allows fans to walk down to seats in the lower deck. Large open air concourses allow fans to easily move around Camden Yards. Escalators, ramps and elevators allow easy access to the upper deck.

From the upper deck fans can see the Baltimore skyline and one of Camden Yard’s iconic features, the B&O Warehouse. Behind the right field wall stands the eight-story high B&O Warehouse. Originally built as a warehouse for the Baltimore & Ohio Railroad in 1899, it is now used for a variety of purposes by the Orioles. Camden Yards consists of a three-tier grandstand that stretches from behind home plate, down the third base line around the left field foul pole, and down the first base line. All 45,971 seats are green, replicating ones in bygone ballparks (The original seating capacity was 48,000 but all seats were replaced with larger ones by the 2011 season). Additional seating is located under the main video/scoreboard in right-center field. Two orange seats mark the landing spot of homeruns by two Hall of Fame Orioles, Cal Ripken Jr. and Eddie Murray. One in right-centerfield, marks the location of Murray’s 500th homerun, and the other in left-field marks the spot of Ripken’s 278th homerun, breaking Ernie Banks record for homeruns by a shortstop. Part of Memorial Stadium is still at the Orioles ballpark today, as both foul poles at Camden Yards are the same ones used at the O’s old ballpark for over three decades. Fans can stand and watch the game beyond the out of town scoreboard in right field or in an area over looking the bullpens in left centerfield. A beautiful grassy picnic and park area filled with colorful flower gardens and shady trees is located beyond centerfield. Statues of six Orioles members of the Baseball Hall of Fame (Frank Robinson, Earl Weaver, Jim Palmer, Eddie Murray, Cal Ripken and Brooks Robinson), added in 2012 is also located here. Prior to the start of the 2022 season, the Orioles completed a $3.5 million project to change the outfield dimensions at Camden Yards. In an effort to curb the number of homeruns at the ballpark, 1,000 seats were removed from left field. The left field wall was pushed back nearly 27 feet and the height raised to 13 feet from 7 feet 4 inches. The foul pole was not moved and remains 333 feet from home plate.

Since its opening in the early 1990s, more than 20 other ballparks have opened in Major League Baseball, all using concepts that were first used at Camden Yards. Although now it is over 30 years old, Camden Yards remains one of the best ballparks in baseball with its setting in downtown Baltimore and its view of the skyline. 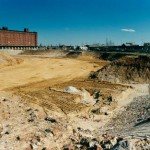 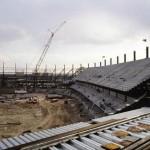 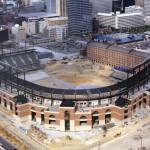 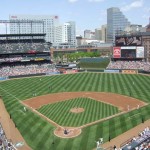 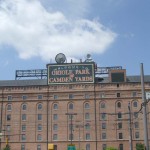 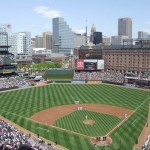 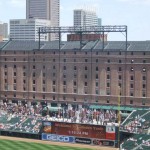 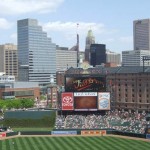 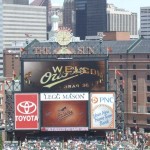 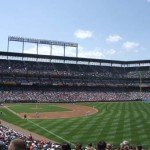 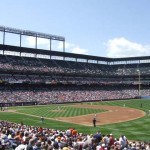 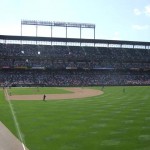 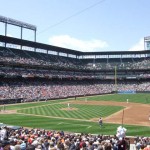 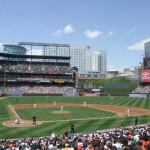 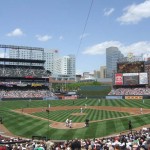 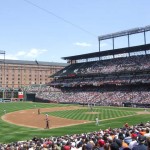 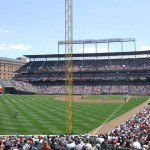 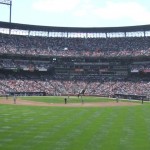 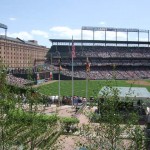 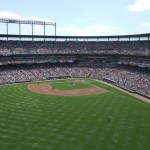 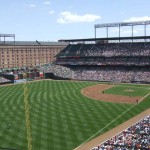 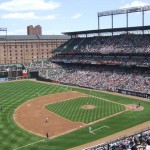 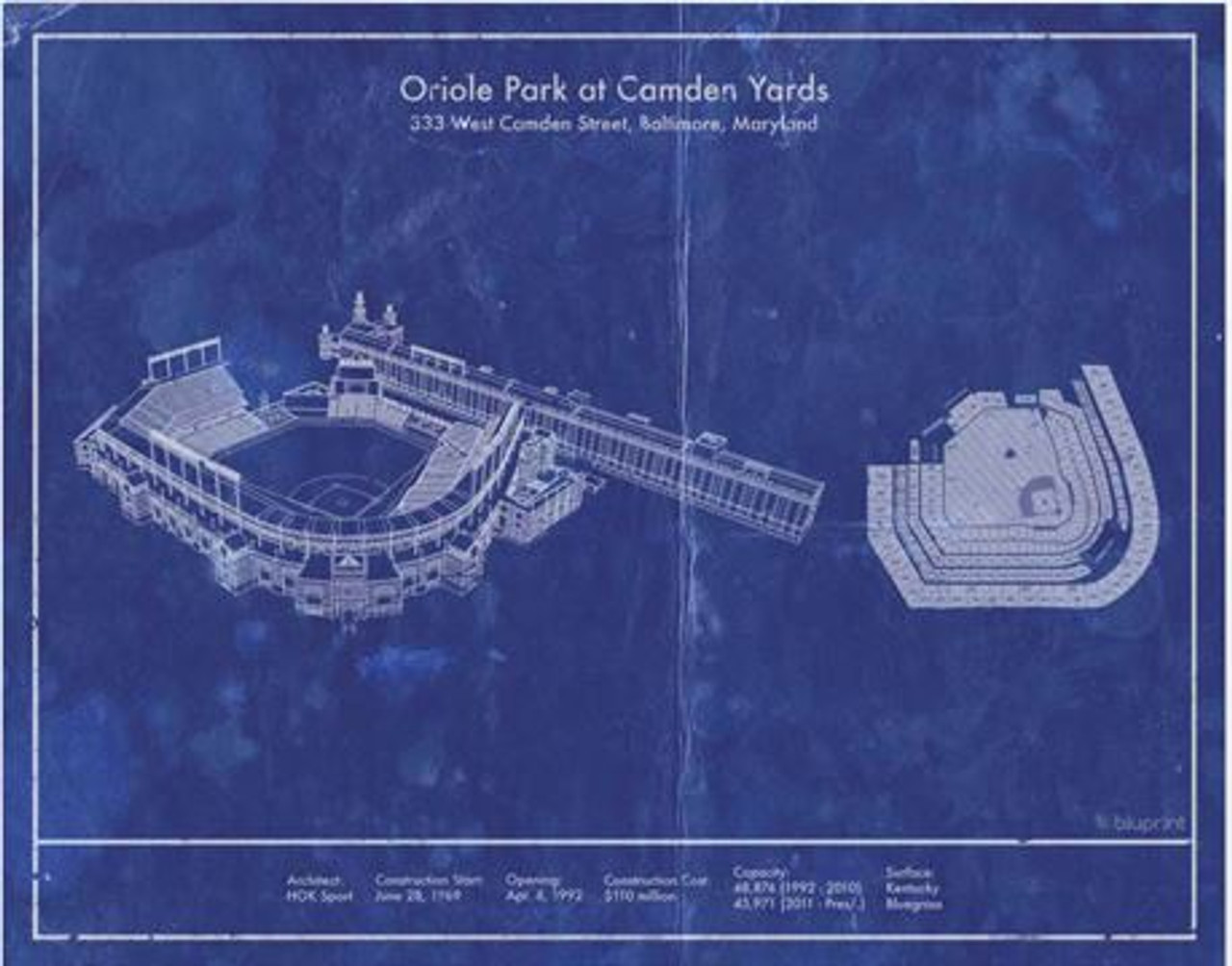 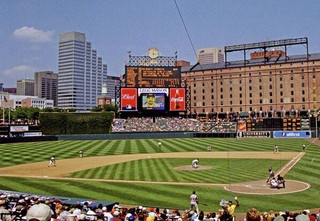 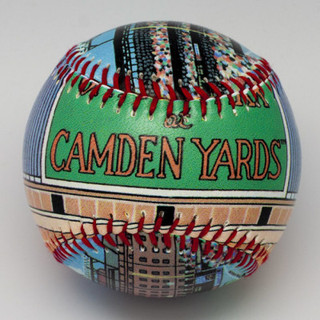