Throughout the history of baseball, there has likely been no other baseball stadium that dramatically changed in appearance than Angel Stadium. The only thing that has remained the same since the stadium opened in 1966 is the team nickname, the Angels. In 1961 the club began playing as an expansion franchise at Los Angeles’s Wrigley Field as a new stadium had yet to be constructed. The Angels were owned by Gene Autry and decided to build a ballpark on a 140 acre site in Anaheim due to its proximity to Disneyland and major freeways. Originally known as Anaheim Stadium, construction began on August 31, 1964.

Construction of the stadium, originally known as Anaheim Stadium, began on August 31, 1964. During this time the Angels moved from LA Wrigley Field to Dodger Stadium where they played for four seasons. On April 19, 1966 the Angels played their first game at Anaheim Stadium against the Chicago White Sox. Originally known as the Los Angeles Angels the team changed their name to the California Angels when they moved to Anaheim. The three-tier stadium had 43,204 seats that stretched from the right field foul pole to homeplate and around to the left field foul pole. No seats were in the outfield. The most prominent feature at Anaheim Stadium was the scoreboard. It was not your average square or rectangular shaped scoreboard, but a 230 feet tall, $1 million A-frame scoreboard topped with a giant halo. Anaheim Stadium became known as the “Big A” because of its scoreboard. Original dimensions at Anaheim Stadium were 333 ft. (left), 404 ft. (center), and 333 ft. (right).

Since its opening in 1966 Anaheim Stadium had been the home to many other events other than baseball including football. In the 1970s the Los Angeles Rams (NFL) were playing at the Los Angeles Coliseum, but decided to move the Anaheim Stadium. The city of Anaheim embarked on a massive expansion at Anaheim Stadium fully enclosing the stadium by adding 23,000 seats increasing the overall seating capacity to 65,158. This expansion forced the removal of the “Big A” scoreboard to the parking lot with a smaller scoreboard added on the façade of the roof in left field. This expansion also included new executive suites, a football press box atop the upper deck down the third base line and a new sound system. Anaheim Stadium was no longer a quaint ballpark but a massive multipurpose stadium. In order to convert the stadium from baseball to football, a large section of seats expanded from the wall in right field. The football gridiron stretched across the infield into left field.

Like most other teams in the 1990s the Angels wanted a baseball only facility, no longer wanting a multiple sport stadium or venue extensively used as an entertainment center. They were open to renovating the stadium or moving to another location in Southern California. In January 1994 the stadium suffered $4 million in damage from the Northridge earthquake. The 17.5 ton Sony Jumbotron broke from the top of the stadium roof in left field crashing into the upper deck and destroying 800 seats. Following the 1994 NFL season, the Rams moved to St. Louis, leaving Anaheim Stadium with one tenant, thus allowing the Angels to reconfigure the stadium back to a baseball only facility.

The Disney Corporation bought the Angels in 1996, agreeing to pay for 70% of the $100 million renovation project. The stadium was completely overhauled from the inside to the outside. The two-year project was ongoing during the 1996 and 1997 seasons with large parts of the stadium closed to fans, decreasing the seating capacity to 33,000. The entire project was completed by the 1998 season. Not only did the stadium have a new look, it was renamed Edison International Field in 1997 after a naming rights deal with Edison International Power was completed. The team also changed its name from the California Angels to the Anaheim Angels.

Replacing the 20,000 seats that were once in the outfield are a single tier of seats in left and right field, a video display scoreboard, an out-of-town scoreboard below the right field seats and the bullpens. In left centerfield is the “California spectacular” where geysers erupt and a stream cascades down a mountainside covered with real trees and artificial rocks. All of the multicolored seats were replaced by green seats with a total seating capacity of 45,113. The exterior of the stadium was renovated as the concrete structure and ramps were painted green and a gathering plaza was constructed outside the stadium with two giant Angel hats. The ballpark has many amenities including club restaurants, themed sports bars and gathering areas for fans.

In the two decades since the 1990s renovation project, the stadium has changed little. After the 2003 season Edison International and the Angels ended the naming rights agreement. The stadium is now known as Angel Stadium of Anaheim. In 2005 the Angels reverted back to their original name, the Los Angeles Angels. Before the start of the 2018 season the Angels replaced the existing video/scoreboards with new ones. A 9,500 square foot video board is in right field and a 5,488 square foot video board is in left field. Today, Angel Stadium has the look and feel of most other retro ballparks built within the past 20 years. It is now the second oldest ballpark in the American League and fourth oldest in baseball. In 2020 the Angels unveiled their long terms plans for staying in Anaheim that would include another potential massive renovation project to Angel Stadium. The plan also includes redevelopment of the parking lots surrounding the stadium to include a mix of housing, entertainment, and commercial shops. 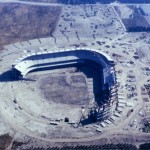 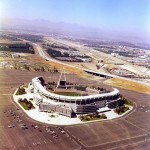 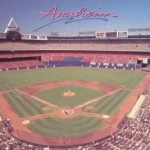 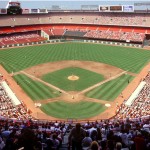 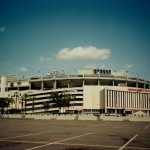 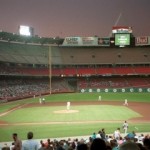 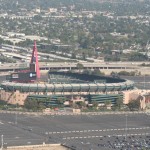 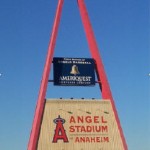 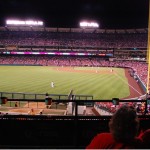 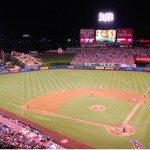 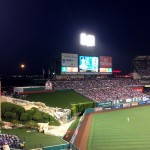 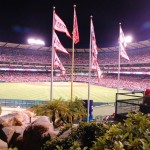 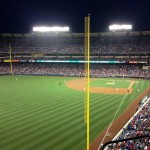 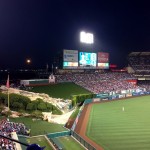 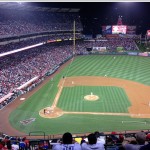 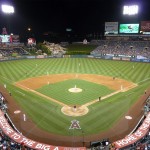 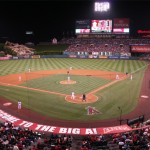 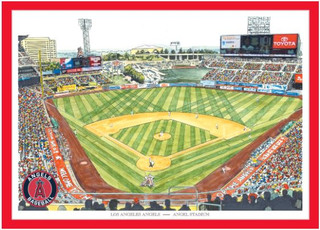 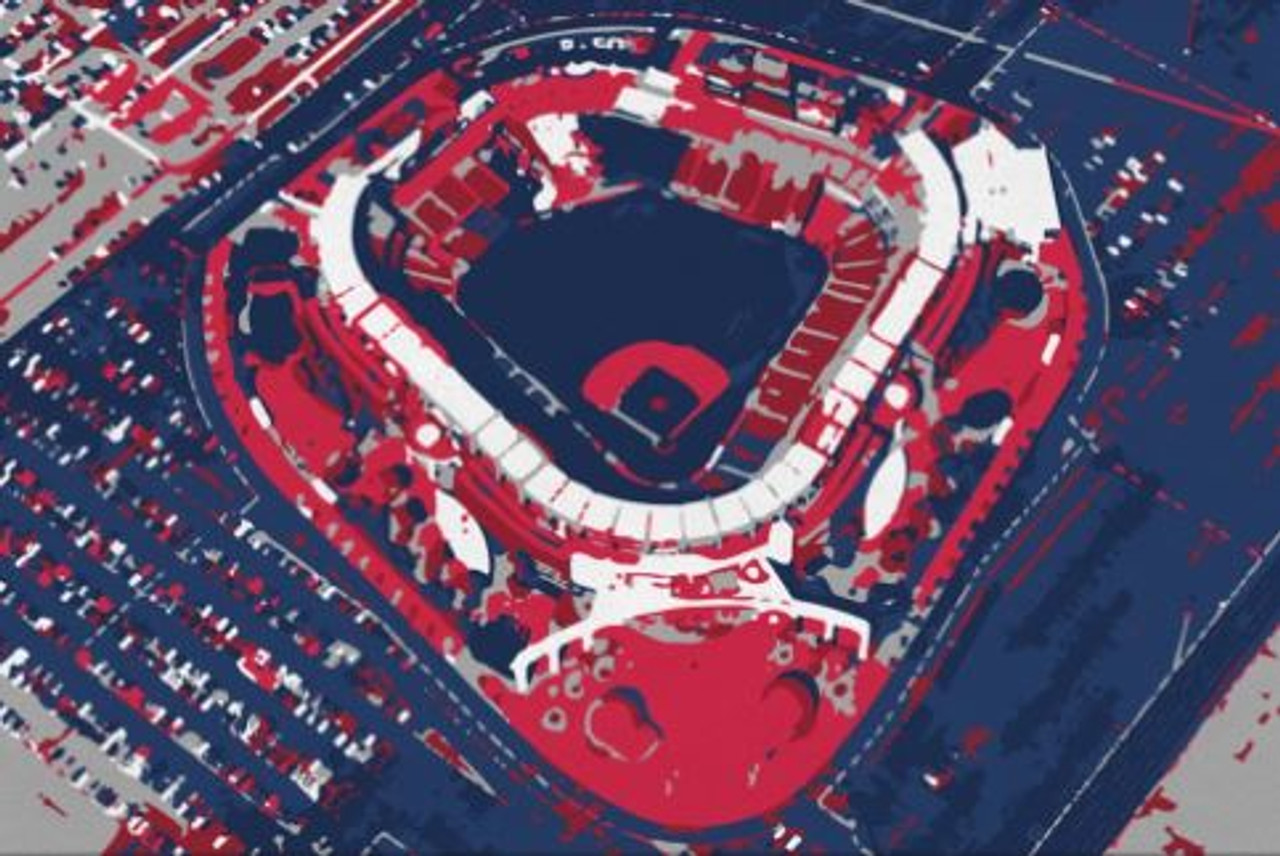 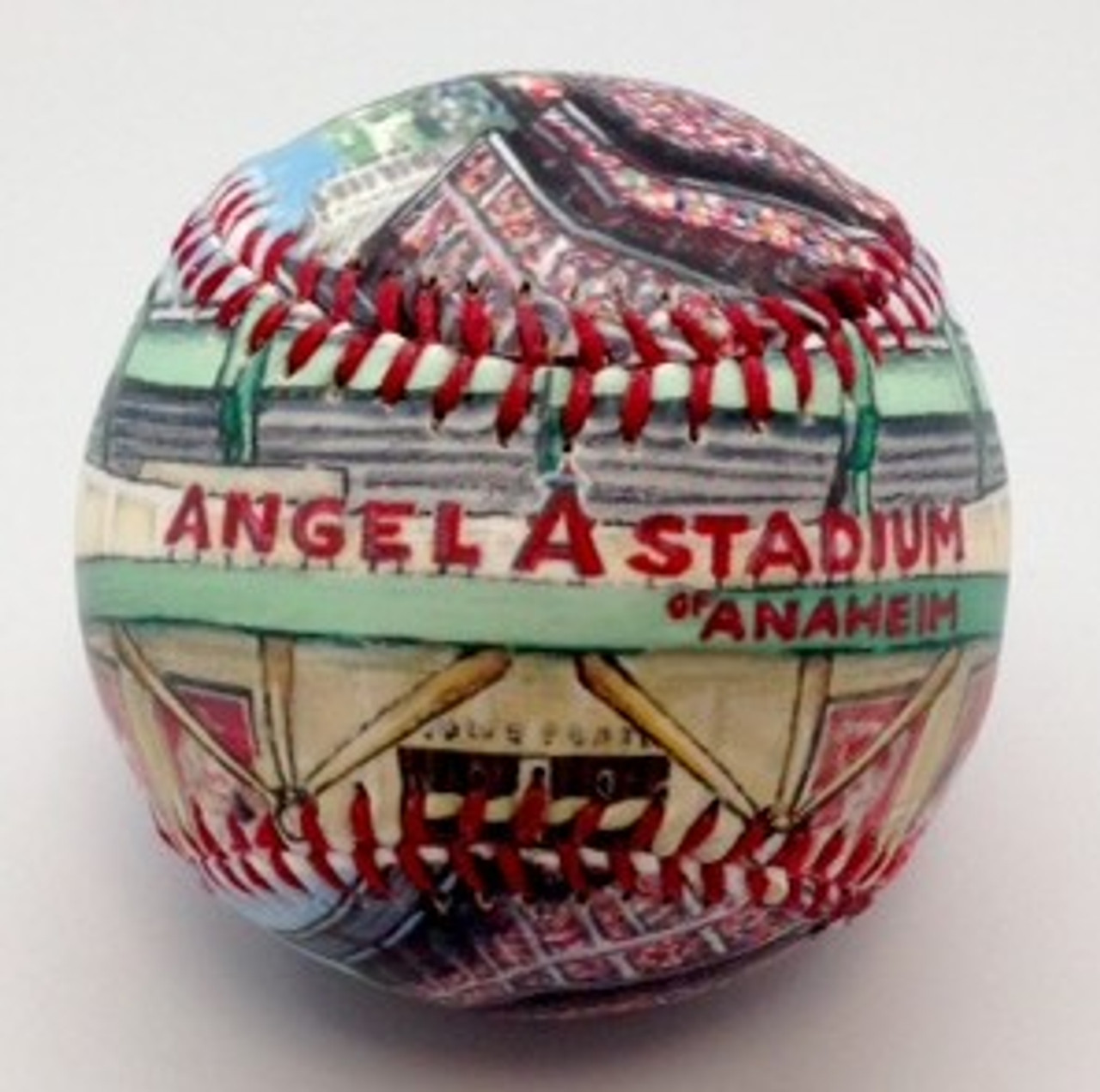