Located on Chicago’s south side stood Comiskey Park, home of the Chicago White Sox for 80 seasons. This classic ballpark was home to one White Sox championship team and great players such as Luke Appling, Ted Lyons, Nelli Fox, Carlton Fisk and Harold Baines. The original White Sox franchise began as the Sioux City Cornhsukers in the 1890s. Charles Comiskey, a former ballplayer, purchased the club and moved them to St. Paul, MN after the 1894 season. In 1900 Comiskey moved the team to Chicago and named them the White Stockings. Here they played at the 15,000 seat South Side Park. The club was successful here winning the 1901 and 1906 American League pennants. Because of the team’s success, owner Charles Comiskey wanted a new modern ballpark for his team. Comiskey commissioned architect Zachary Taylor Davis and pitcher Ed Walsh to visit ballparks across the country, to pick out the best features to use in a new ballpark. During this time Comiskey purchased a 14 acre tract of land, three blocks from South Side Park that was once used as the city landfill, to construct his ballpark on. Construction began on February 15, 1910 and was named White Sox Park. A green cornerstone was laid on St. Patrick’s Day and it was completed in just five months.

On July 1, 1910 the Chicago White Sox played the St. Louis Browns in the first game at White Sox Park. From the outside, one could mistakenly think the ballpark was a factory with its red brick facade. Inside, the ballpark had a seating capacity of 32,000 that consisted of a two tier grandstand extending down both the base lines and a single level of wooden bleachers were located behind the outfield wall.  Not long after its opening, White Sox Park was renamed Comiskey Park. Original dimensions at Comiskey Park were 362 feet (left & right field) and 420 feet to the centerfield fence.

In 1927 the only expansion at Comiskey Park was completed. The ballpark was enclosed with double deck grandstands surrounding the playing field, except in centerfield where a single tier of stands was located, increasing the seating capacity to 52,000.<align=”left”> The original scoreboards were located on the left and right field fences. Throughout its history homeplate was moved multiple times, beginning in 1934, to increase the amount of homeruns hit. The outfield fence, along with movable box seats were also added and removed as homeplate was moved. Night baseball arrived at Comiskey Park on August 14, 1939. In 1947, the centerfield seats were closed and the moveable seats were permanently installed, decreasing the seating capacity to 44,492. Before the start of the 1951 the first electric scoreboard was added in centerfield in the opening between the second decks.

Legendary owner Bill Veeck purchased the White Sox in 1959 and made many changes to Comiskey Park. The red brick facade was painted white, a picnic area was added in centerfield and the ballpark’s famous “exploding” scoreboard was installed in 1960. The $300,000 scoreboard shot fireworks, aerial bombs and had numerous sound effects. In 1961 the team was sold to the Allyn family who renamed the ballpark White Sox Park and installed Astroturf in the infield in 1969 at a cost of $100,000. Seven years later Bill Veeck purchased the White Sox again, saving the team from potential relocation to Seattle. Veeck spent $750,000 updating Comiskey Park including removed the Astroturf infield, replacing it with grass.

Veeck sold the team to Jerry Reinsdorf and Eddie Einhorn in 1981. They spent $14 million upgrading Comiskey Park that included new green plastic seats that replaced the original wooden ones, a new DiamondVision scoreboard and 27 luxury suites built below the upper deck roof around the infield. These upgrades were only a temporary fix to Comiskey Park, which was the oldest ballpark in use in the 1980s. Ownership sought a new ballpark for the White Sox. Studies were conducted of possibly renovating Comiskey Park but it was determined that this would be to expensive. The White Sox faced numerous obstacles in getting a new stadium built and made threats of relocating to Tampa if a new ballpark was not constructed. However, a new ballpark was built across the street from Comiskey Park. Throughout the 1990 season, fans attending games at Comiskey Park could see the new stadium rise above the old one. On September 30, 1990 the Chicago White Sox played their final game at Comiskey Park. The following season they moved into the new Comiskey Park. Several organizations tried to save the original Comiskey Park to turn it into a park. However, the entire stadium was demolished in 1991 and was turned into a parking area.

Comiskey Park was the location of many great moments including the first MLB All-Star game in 1933 and the 50th Anniversary game in 1983. It was also the home of the East-West Negro League All-Star Game between 1933 to 1960. Comiskey Park is most famously known for  “Disco Demolition Night.” On July 12, 1979 in between games of a doubleheader, a large pile of disco records that fans brought in exchange for a discounted ticket to the game were exploded on the field. The sellout crowd rushed the field after the demolition leading to the game being forfeited because of the crowd and the field was damaged. Not only was Comiskey Park home to the White Sox, but to the Chicago Cardinals professional football team between 1922 and 1958. It was also the site of several heavyweight boxing titles in 1937 when Joe Louis knocked out James Braddock and in 1962 when Sonny Liston knocked out Floyd Patterson. 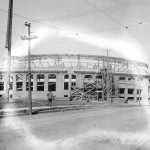 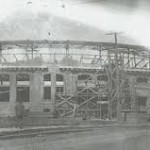 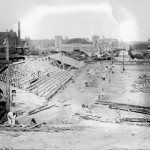 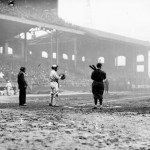 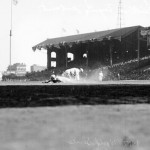 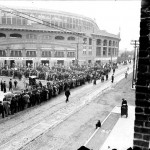 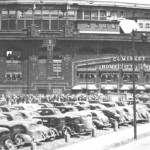 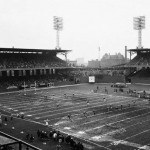 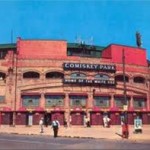 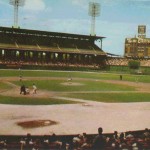 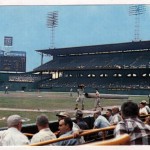 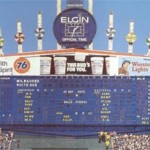 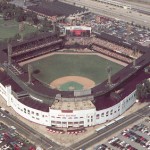 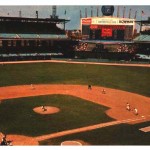 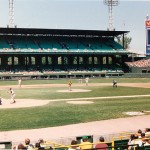 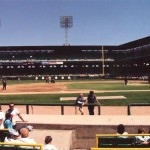 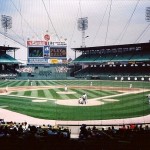 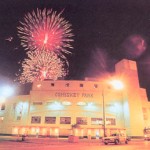 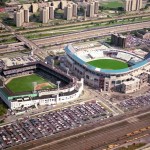 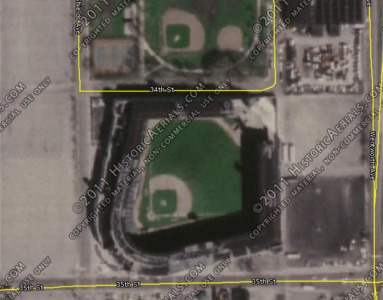 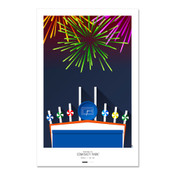