If there was ever one team that truly needed a new stadium during the ballpark construction boom of the 1990s and early 2000s it was the Philadelphia Phillies. For more than three decades they shared the massive multi-purpose Veterans Stadium with the Eagles (NFL). Not only was the stadium large with a seating capacity in excess of 60,000 it was notorious for having the worst turf in baseball. Players would often complain that the Astroturf field was like playing on concrete and during the time of the year when baseball and football seasons overlapped fans could see the outline of the football gridiron across the playing field.

In the late 1990s the Phillies began their quest to have a new baseball only facility built. Three sites were discussed for the Phillies new ballpark: Chinatown, a downtown site known as Liberty Yards and a site adjacent to Veterans Stadium. The site within the Philadelphia Sports Complex was chosen and also became the location of the Eagles new stadium, Lincoln Financial Field. Philadelphia City Council approved the construction of two new stadiums financing construction with a 2% rental car tax, largely paid by visitors. As part of the deal, the Phillies paid for construction overruns and maintain the ballpark. Like nearly every other team in baseball, the Phillies sold the naming rights to Citizens Bank for $95 million over 25 years.

The structure of Citizens Bank Park is formed by multi-story buildings that contain fan facilities, team offices, and services that surround the grandstand bowl and face 11th Street on the west, Pattison Avenue on the south and Darien Street on the east. On the north, lower scaled buildings parallel Hartranft Street and create an open-air concourse. At the four corners of the ballpark, landscaped entrance plazas open the park to the street. Each of these plazas have a distinct character and focus.

The Philadelphia Phillies christened Citizens Bank Park on April 12, 2004 against the Cincinnati Reds. The ballpark has a capacity of 43,035 and consists of three levels, the lower deck, a suite level and the upper deck. The main grandstand extends from the left field foul pole to homeplate, to the right field foul pole, and into right center field. There is a break in the upper deck along the first base side, allowing the seating area to be closer to the field. Additional seating is located behind the left field fence. One notable feature is the seating bowl, which has many unique angles, similar to Shibe Park. The main HD video/scoreboard is located above these seats. Nearly 400 bleacher seats are located on the roof of the outfield pavilion. Fans can see the skyline of downtown Philadelphia from beyond the center field fence. Split level bullpens are located in right center field.

When a Phillies player hits a homerun, fans are treated to a home run celebration, the icon of Citizens Bank Park. A gigantic Liberty Bell (50′ high and 35′ wide) accompanied by a Citizens Bank Park sign is in right-center field above the rooftop bleacher seats. Towering 100 feet above street level, the Bell comes to life after every Phillies home run. The Bell and clapper swing side-to-side independently and its neon edges light up and pulsate. Its ring can be heard throughout Citizens Bank Park. Located in the outfield concourse area is Ashburn Alley. This festive outdoor entertainment area in the Phillies ballpark is dedicated to Hall of Famer and former broadcaster Richie “Whitey” Ashburn. Ashburn Alley features a street-fair type atmosphere complete with picnic areas, family-fun amenities, treasured Philadelphia moments in baseball, enhanced concessions with plenty of Philadelphia flavor, clear views to the playing field, and a special viewing area overlooking the bullpens. The area spans 625 feet in length and totals 50,000 square feet. Four 10-foot tall bronze sculptures of Phillies legends Steve Carlton, Richie Ashburn, Mike Schmidt, Harry Kalas and Robin Roberts are also located in this area.

Since its opening in 2004 there have been several upgrades at Citizens Bank Park. After the 2005 season, 200 seats were removed from the first two rows in left center field increasing the dimensions from 369ft. to 374ft. A new HD videoboard scoreboard was added before the 2011 season. Prior to the start of the 2018 season the Phillies spent $30 million adding several fan friendly amenities to the ballpark. The Yard, is a 13,000 square-foot interactive kids baseball experience that includes a whiffle ball field, climbing wall and other activities in right field in Ashburn Alley. Additional picnic style seating was added in center field and in the left field plaza, the team added a wall of fame with over-sized Phillies 1980 and 2008 World Series trophies and large statues of the team’s retired numbers. In July 2022 the Phillies announced they are upgrading the left field video board. It will be 77% larger than the existing one, measuring 152 feet wide by 86 feet tall and installed prior to the 2023 season. 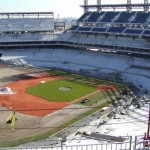 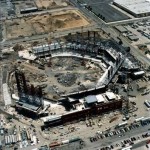 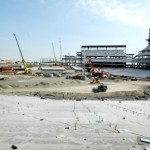 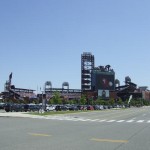 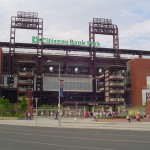 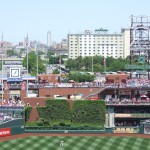 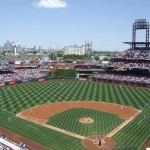 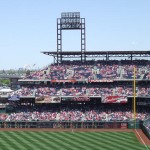 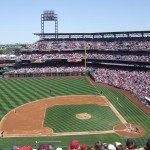 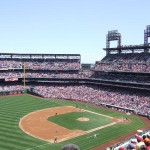 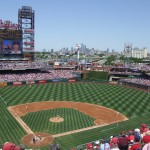 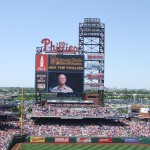 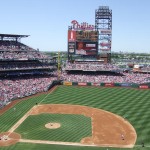 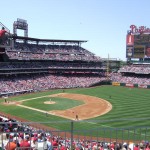 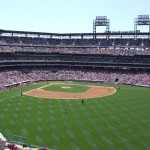 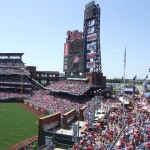 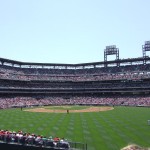 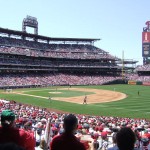 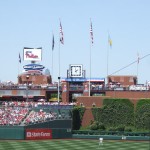 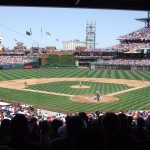 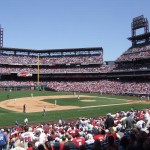 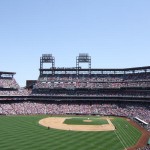 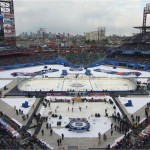 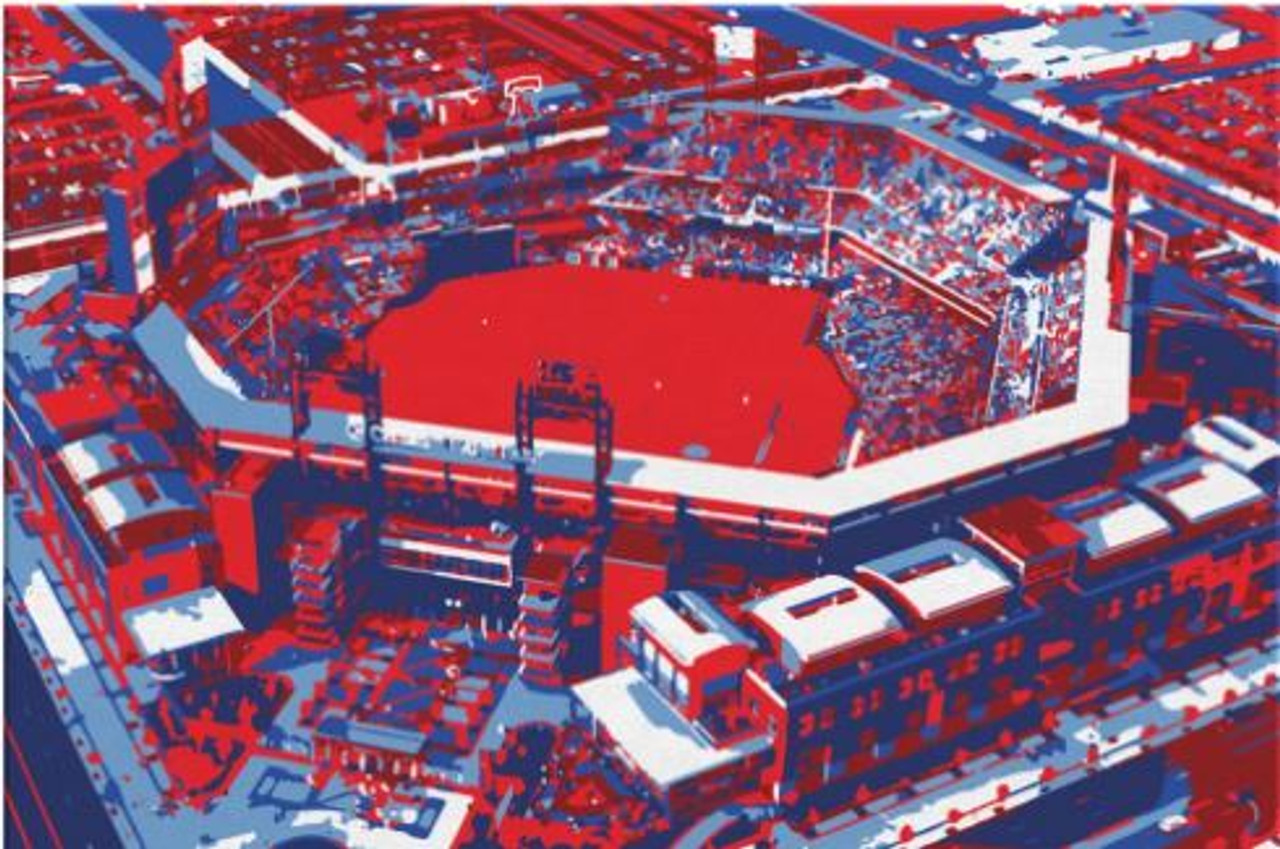 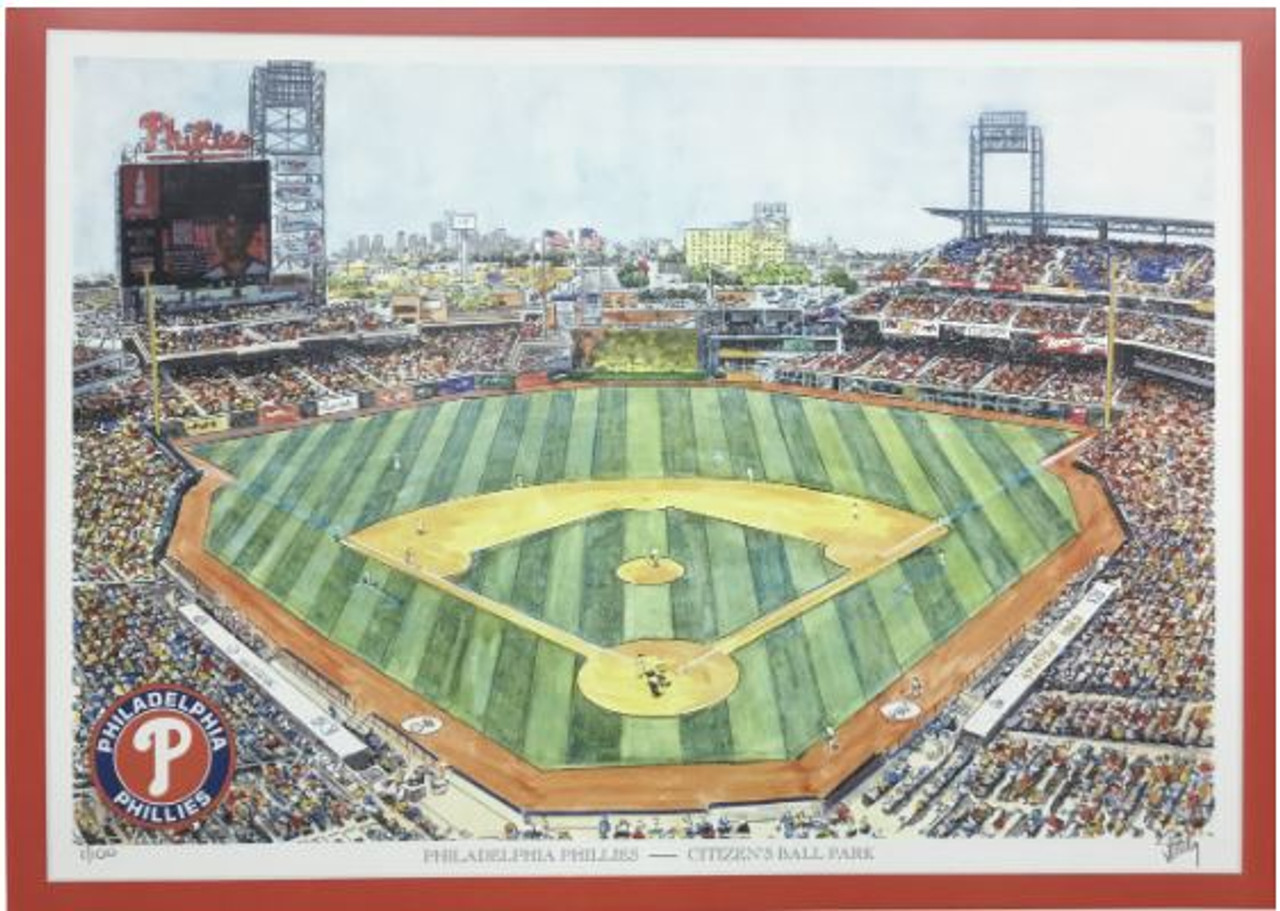 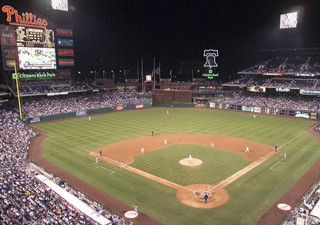 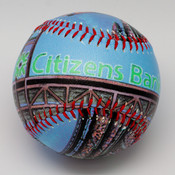