Nestled slightly outside of downtown Boston sits baseball’s oldest and one of it’s most iconic ballparks, Fenway Park. It’s where generations of fans have went to see the Red Sox play for over a century. Although it’s old with its history dating to 1912 this iconic ballpark retains many of the same characteristics as it did when it opened. The history of the franchise dates to 1901 as a founding member of the American League. Originally known as the Americans, they played at Huntington Avenue Grounds from 1901 to 1911. Constructed primarily of wood, this ballpark had a seating capacity of 14,000 by the end of its life. Due to its limited seating capacity, high risk of destruction due to a fire and the evolution of steel and concrete ballparks in baseball during this time, Red Sox owner, John Taylor, decided to build a new ballpark. Taylor, a real estate magnet, sold himself a parcel of land in “The Fens” of Boston as a site for a new ballpark. Construction began in September 1911 and led to an increase in the value of the team, leading Taylor to sell the team to Jim McAleer and Robert McRoy.

Completed in just under a year, the Red Sox played their first game at Fenway Park against the New York Highlanders (Yankees) on April 20, 1912. Named after its location, the Fens, Fenway Park featured a single tier steel and concrete grandstand that extended from behind homeplate down the baselines, connecting to wooden bleachers in the outfield. It had a seating capacity of 27,000. Original dimensions were 321 ft. (left), 488 ft. (center), and 314 ft. (right), with Duffy’s Cliff, a six foot embankment in front of the left field fence.

During there first decade at Fenway Park, the Red Sox were a very successful team capturing the 1912, ’15, ’16 and ’18 World Series titles. However, the following decade the tides turned as Babe Ruth was sold to the Yankees following the 1919 season and a number of Red Sox’s star players were traded throughout the 1920s. In May 1926 fire struck Fenway Park destroying the wooden bleachers along the left field line. In 1933 Thomas A. Yawkey purchased the club and extensively renovated Fenway Park. Duffy’s Cliff was removed, wooden grandstands in right and center field were replaced by concrete stands and the entire grandstand was enlarged increasing the seating capacity to 33,817. Fenway Park’s most iconic feature, that has since become known as the Green Monster was added during this renovation. Located in left field, the 37 foot high wall was originally covered in advertisements with a hand operated scoreboard at the base. A tragic fire in January 1934 destroyed most of the construction but the ballpark was complete and free of damage when it reopened on April 17, 1934. In 1936, a 23 foot net was placed on the left field wall to prevent baseballs from breaking windows in nearby shops.

Prior to the start of the 1940 season, the right field wall was moved in 20 feet shortening the outfield fence from 325 to 302 feet in right field and 402 to 380 feet in right-center field. Bullpens for the Red Sox and the visiting team were placed in the area created between the stands and the outfield wall, replacing the original ones in foul territory. A small upper deck was added to the ballpark in 1946 slightly increasing the seating capacity. In 1947 the left field wall was stripped of all ads and painted dark green, thus creating the “Green Monster.” On June 13, 1947 the first night game was played at Fenway Park when the Red Sox beat the Chicago White Sox.

For almost three decades there were few changes at Fenway Park. Following the 1975 season a new $1.5 million electronic scoreboard was erected behind the bleachers in centerfield and the press box was enlarged, enclosed in glass and air-conditioned. The same year, the tin that made up the “Green Monster” was replaced by a hard plastic surface. In the early 1980s 44 luxury boxes were added at the ballpark, down the first and third base lines. Additional seating was also placed along the right-field roof, creating a small upper deck of several rows. In 1988 a new color video/scoreboard was installed replacing the one installed in 1975. Also, the existing pressbox was replaced with luxury boxes, known as the 600 Club, and the press area was rebuilt above the 600 Club.

In the mid to late 1990s a majority of teams had built or were in the process of having new ballparks constructed. During this time Fenway Park was rapidly becoming outdated and would need a massive structural renovation in order to remain the home of the Red Sox. There were numerous discussions to either renovate Fenway Park or construct a new ballpark nearby that would retain some of the ballpark’s classic features. In 2002 John Henry, Tom Werner and Larry Lucchino purchased the Red Sox committing to preserving and improving Fenway Park. Since the early 2000s there have been numerous renovation and expansion projects completed. One of the most visible and popular seating areas at Fenway Park was added atop the Green Monster. Approximately 250 bar style seats, named the Green Monster Seats provide a panoramic view of the entire ballpark.

In 2004 the Red Sox added new seats atop the roof in right field. Two years later, the once enclosed 600 Club, located behind homeplate, was renovated and now features 406 open-air seats. An additional 400 club seats were added above this area and pavilion level seats, named the State Street Pavilion, were added along the baselines increasing the seating capacity to nearly 38,000. Before the 2008 season, the next phase of upgrades at Fenway Park was completed. This included the expansion of the State Street Pavilion with 800 new seats and the new Coca-Cola Club, located where the left field foul line meets the Green Monster.

Prior to the 2009, 2010 and 2011 seasons seats in the lower bowl were replaced and refurbished, as some areas of the ballpark feature original wooden seats from 1912. Additionally the seating area along the right field roof was expanded to seat 575 fans. Prior to the start of the 2011 season, a new 38 ‘x 100’ HD video/scoreboard was installed above the center-field bleachers. The current capacity at Fenway Park is now 37,221 during day games and 37,673 during night games. The seating capacity varies because a tarp is used during afternoon games in dead centerfield to provide a backdrop for hitters. The Red Sox have stated that the seating capacity of Fenway Park will not exceed 40,000 anytime in the future. Prior to the start of the 2022 season, the latest addition to Fenway Park was completed. Located behind the right-field bleachers, the Red Sox added the Bleacher Overlook that includes stool seating with a drink rail and the 521 Overlook, a private deck with panoramic views of Fenway Park.

Although Fenway Park is the oldest ballpark in Major League Baseball, it is one of America’s most beloved ballparks. The enthusiastic and exciting atmosphere outside of Fenway Park before games is truly unique and is not replicated outside any other ballpark. Streets outside the ballpark are closed prior to every game so fans can mingle and enjoy live music, great food and the company of other Red Sox fans. Inside, Fenway Park’s interior is full of character with its small intimate seating capacity, the Green Monster and manual scoreboard in left field, the lone red seat in right field where the longest homerun ever hit, 502 feet by Ted Williams, and the retired numbers of greats on the right field façade.  It doesn’t hurt that the Red Sox have been one of the best teams in Major League Baseball over the past decade winning four World Series Championships in 2004, 2007, 2013 and 2018. The 2013 World Series was even more special to Red Sox fans as the team clinched the championship at Fenway Park for the first time since 1918. 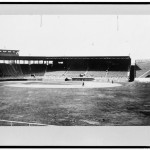 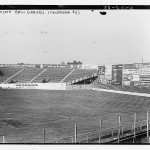 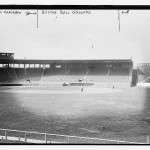 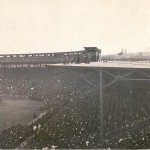 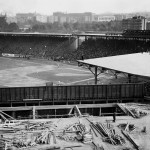 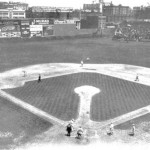 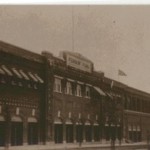 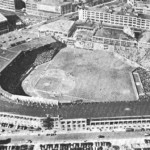 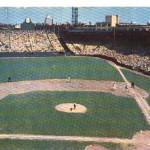 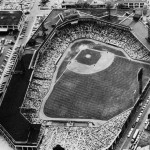 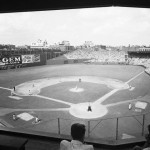 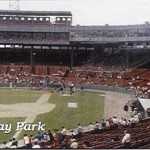 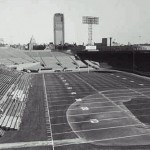 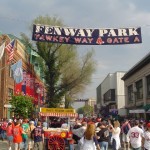 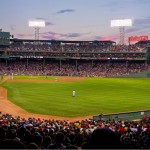 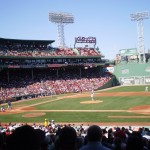 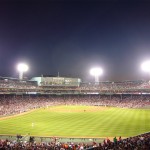 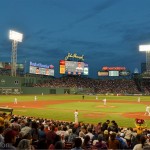 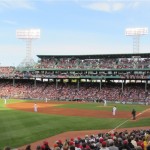 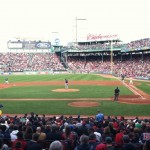 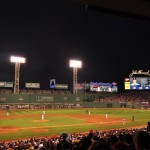 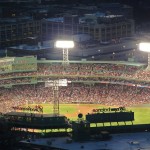 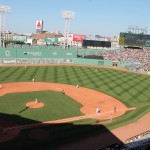 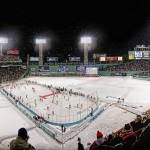 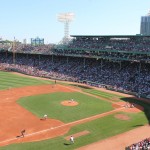 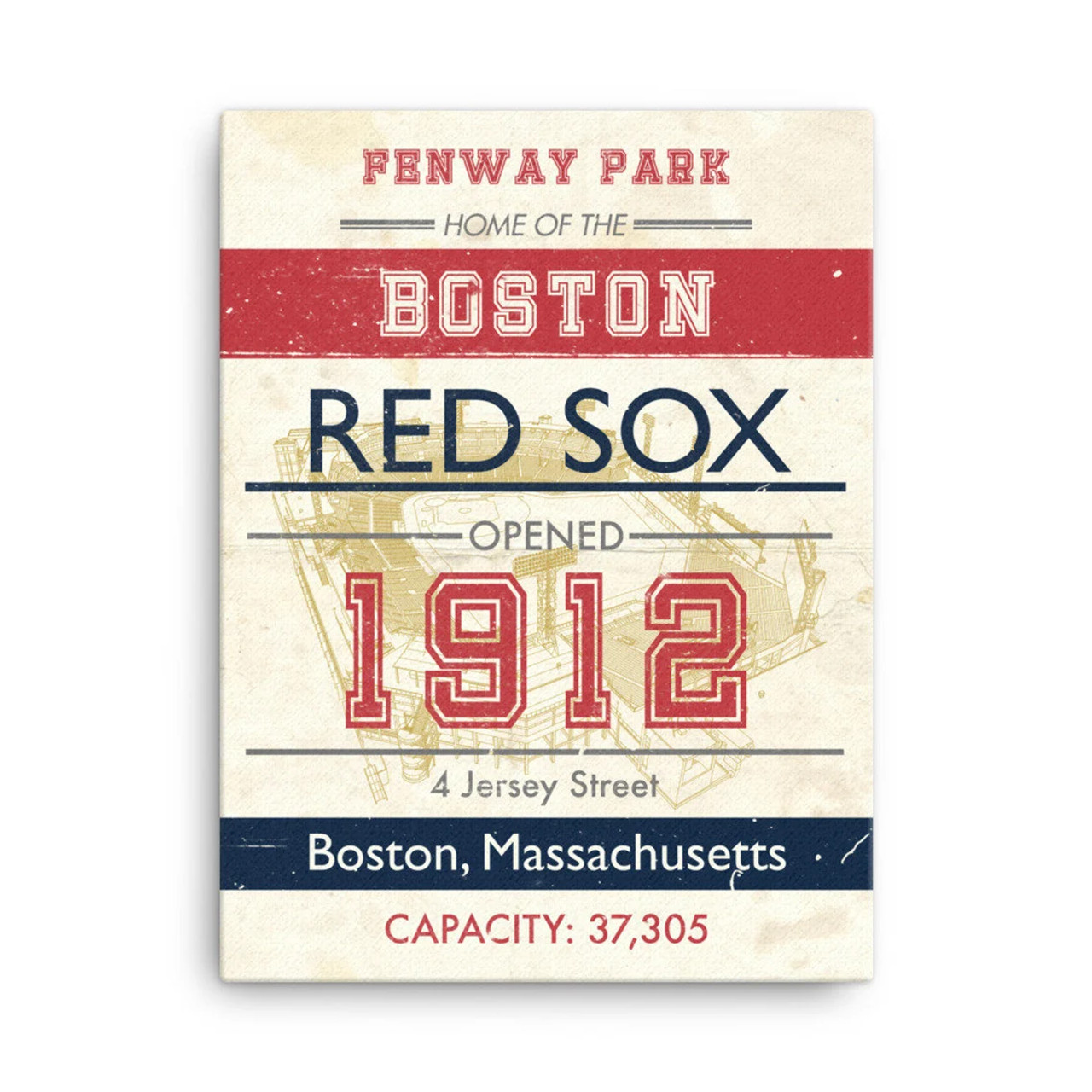 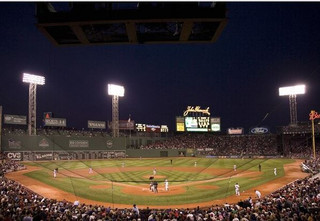 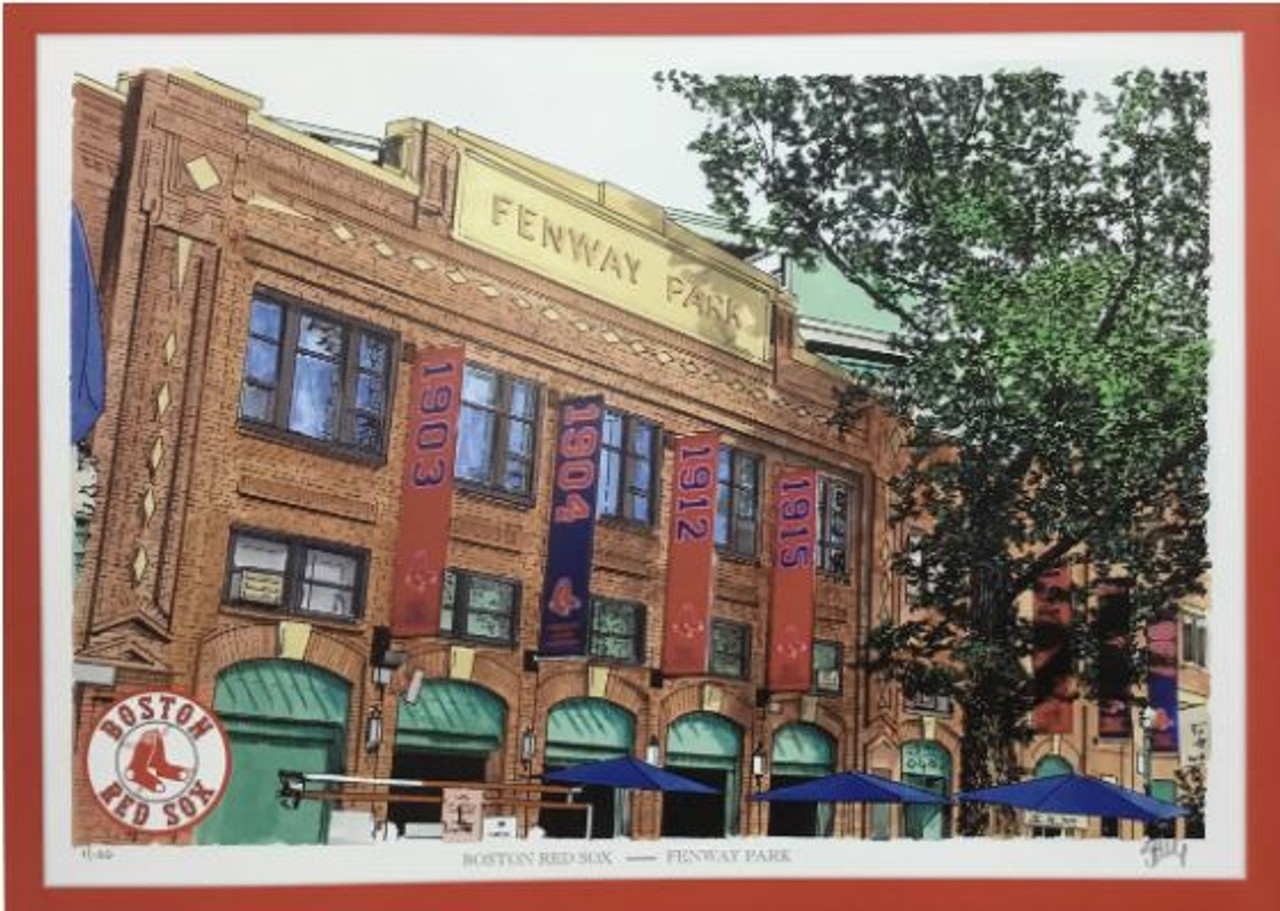 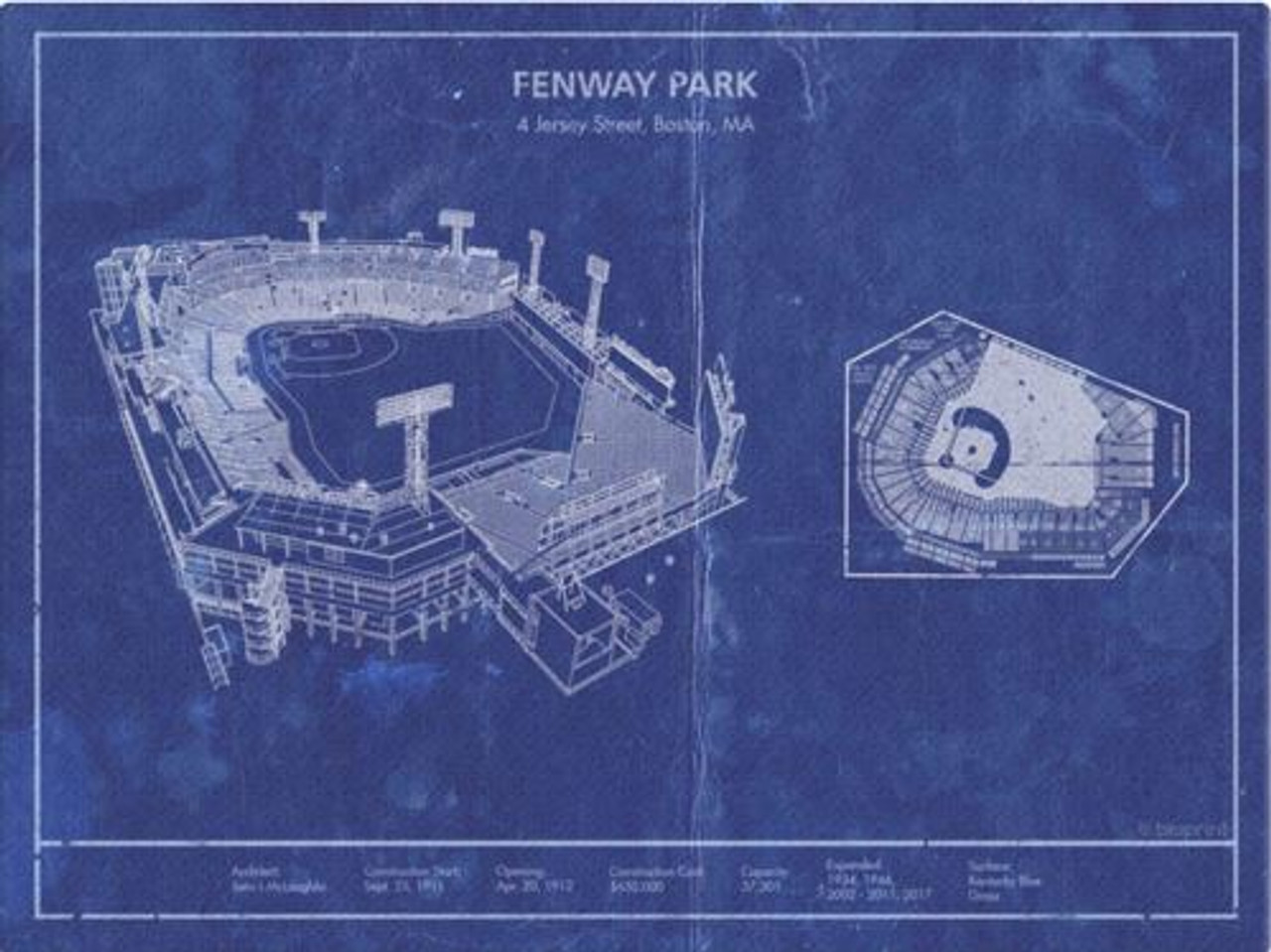 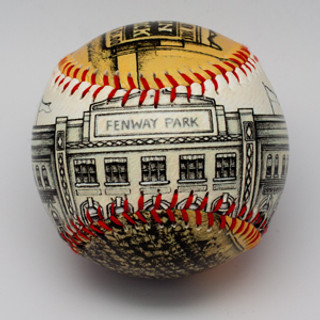