Ask any Tigers fan what symbolizes their team, and many will respond with either the Old English D or Tiger Stadium as both have been integral components of this franchise. The Old English D has appeared on Tigers caps and uniforms for more than a century. Tiger Stadium was the home of the franchise from 1912 through the 1999 season. It was a unique and historical ballpark with many interesting characteristics but one that lacked many modern amenities sought by the team.

Ownership began to seek a new ballpark in the 1980s. In 1988 several sites were identified as possible locations for a ballpark including west of Fox Theater, the northeast edge of downtown Detroit and north of Tiger Stadium in the Briggs community. The Tigers initially favored the site north of Tiger Stadium until the revitalization of Detroit’s theater district began. In 1987, the Tiger Stadium Fan Club was formed to support renovating the stadium and developed plans to renovate Tiger Stadium. The Tigers were leery of this plan because they would have to acquire 10 acres of land and close the stadium for two years to fully renovate the stadium. In 1992 Detroit entrepreneur Mike Illitch purchased the Tigers and was committed to building a new stadium for the team to spur redevelopment in downtown Detroit. However, an ordinance was passed by voters banning public financing on any new stadiums. The Tigers were not detoured from building a new ballpark in downtown Detroit. In 1995 the city agreed to help fund a new downtown stadium and in March 1996 voters approved a plan for construction. Following other ballparks that were built during the 1990s, the Tigers new ballpark was built mainly of steel and concrete, with a brick exterior. Construction began October 29, 1997.

For the first time in over 100 years, opening day baseball was played at a location other than at the corner of Michigan and Trumbull. Nearly 41,000 fans filled Comerica Park on opening day, April 11, 2000. Comerica Park is among several other prominent buildings in downtown Detroit including Ford Field, home of the Detroit Lions and the Fox Theater. As one approaches the ballpark, fans see the brick exterior, massive light towers and cannot miss the enormous tiger sculptures at many of the entrances. Once inside the ballpark, fans are on the main concourse as the field is 25 feet below street level.

Consisting of three levels, no seat at Comerica Park is obstructed as was the case at Tiger Stadium. Nearly every seat in the main grandstand has an excellent view of downtown Detroit. The grandstand extends from behind homeplate to the left and right field foul poles and the upper deck is split along the first base side. Fans can walk along the main concourse of the ballpark without ever losing sight of the playing field. In straight away dead centerfield are several fountains that produce liquid fireworks when a homerun is hit. Located along the left-centerfield wall are six statues of Tiger Hall of Famer’s, including Ty Cobb, Al Kaline and Hank Greenberg. The main 6,000 square foot HD video/scoreboard sits behind one level of seats in left field. Other than watching the Tigers game, there are many amenities at Comerica Park. They include a ferris wheel, a merry-go-round or fans can just stroll around the ballpark to check out the different view from various sections. Few changes have occurred at Comerica Park since it opened. After the 2004 season, the bullpens that were once located in right field were moved behind the left field fence, replaced by 950 seats. The HD video/scoreboard was added prior to the 2012 season, replacing the existing one. 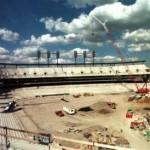 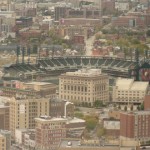 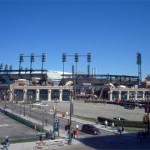 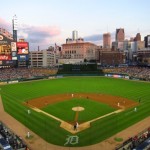 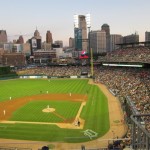 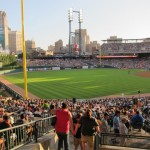 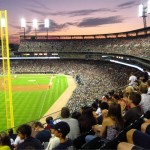 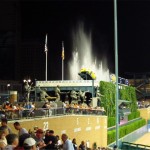 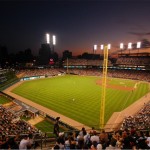 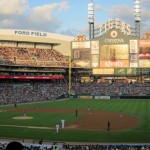 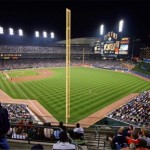 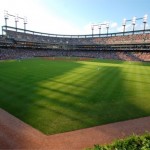 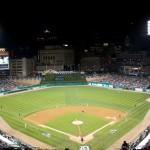 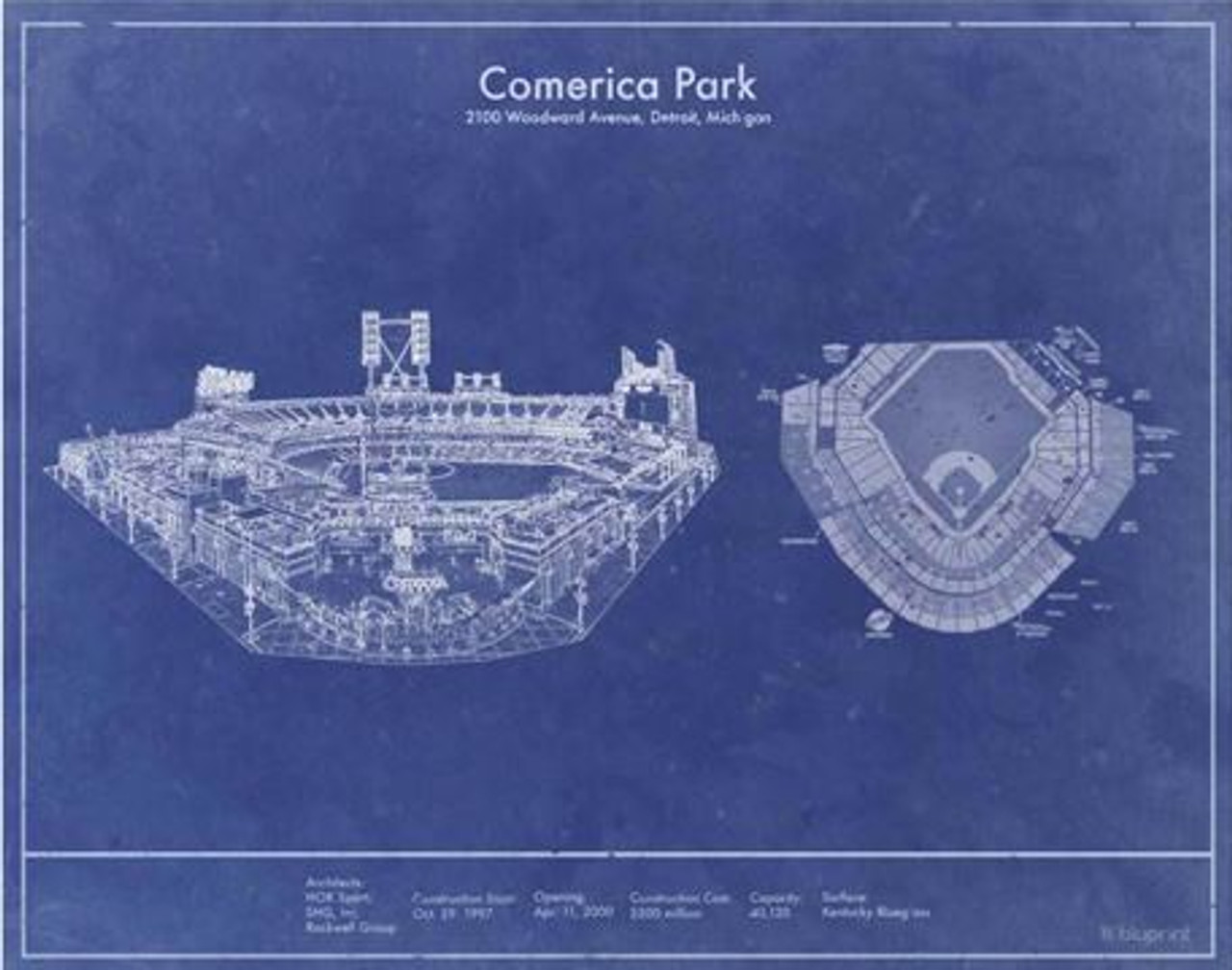 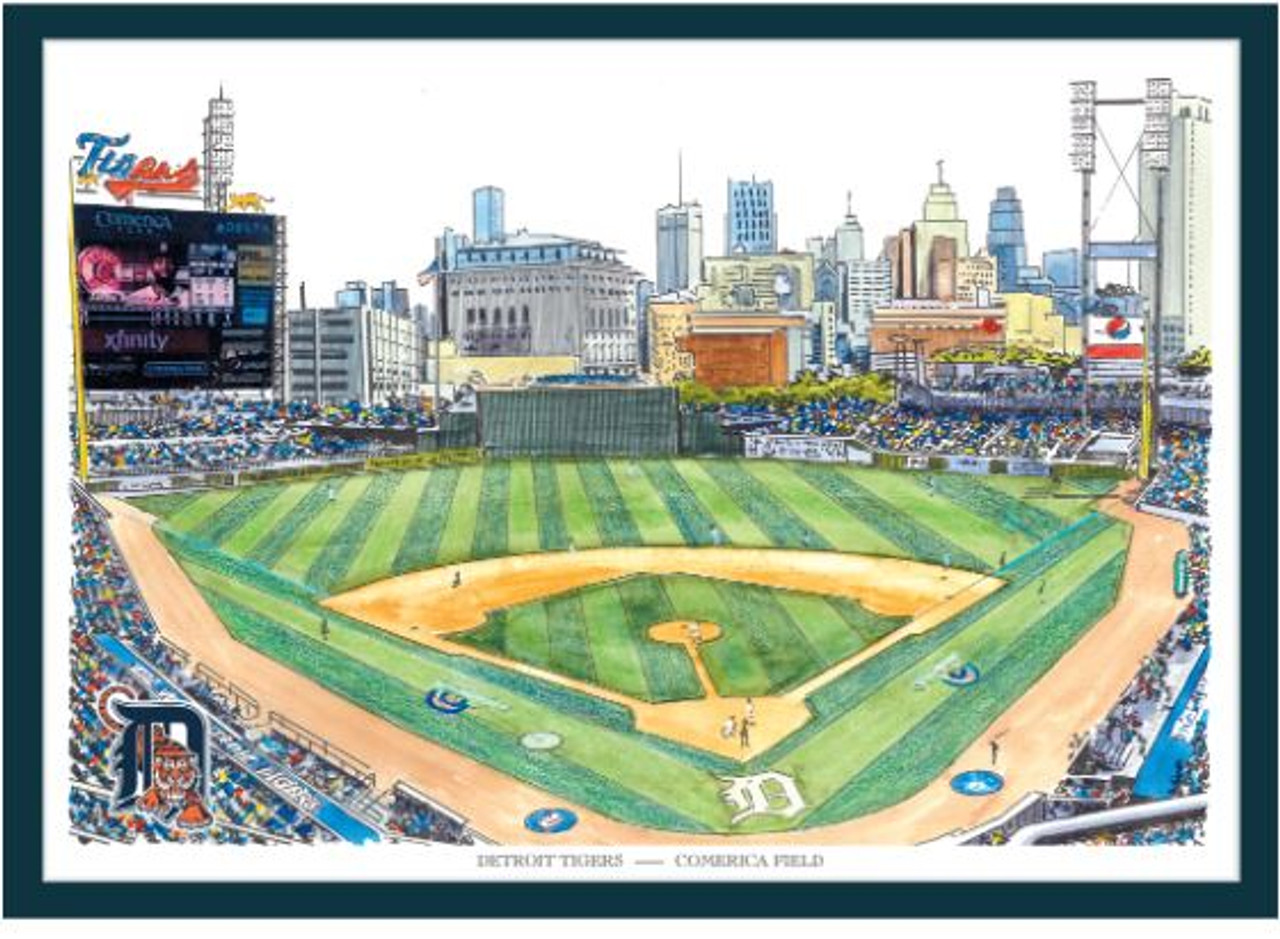 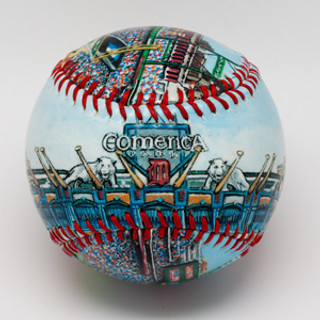 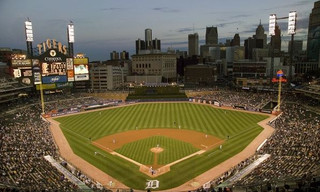