Sweltering summers have plagued both the Rangers and their fans since the team moved to Arlington, TX in 1972, first at Arlington Stadium and at Globe Life Park through the 2019 season. When Globe Life Park was designed in the early 1990s previous ownership rejected the idea of a retractable roof, favoring a retro-style ballpark. Although the team spent over $50 million upgrading Globe Life Park in the 2010s, they announced plans to build a new $1.2 billion retractable roof stadium adjacent to Globe Life Park in May 2016. The City of Arlington and the Rangers shared the cost of the stadium and extended their lease through the 2053 season. Arlington used a half-cent sales tax, 2 percent hotel tax and 5 percent car tax to fund their portion of the facility. On November 8, 2016 voters approved the proposition to fund a new ballpark for the Rangers, keeping them in Arlington until 2053. In August 2017, the Rangers and Globe Life and Accident Insurance Company extended the naming rights agreement that was attached to their former ballpark, Globe Life Park. 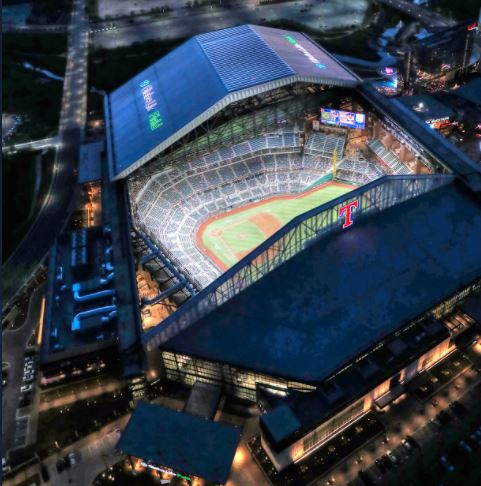 Globe Life Field was built in conjunction with Texas Live!, an entertainment complex the Rangers built adjacent to the stadium. This complex features a hotel, convention center, courtyard, retail stores, restaurants and clubs. It serves as one of the main entrance areas into the ballpark, directly into left field. Outside, the façade of Globe Life Field consist of primarily glass, brick and steel. It has a 5.5 acre retractable roof that features clear roof panels allowing natural light into the ballpark when it is closed. When the roof is open, it is docked behind the third base grandstand. Inside Globe Life Field has 40,300 on seven tiers and features multiple premium seating area. One of the most unique premium seating areas is the Dugout Club, sunken seating areas directly along each dugout to the foul poles, providing fans with an extremely closeup view of the action on the field. Open to all fans in left field is the SkyPorch Bar, an area for fans to congregate with their favorite beverage and enjoy views of the ballpark. It features garage doors that open and a deck with rocking chairs. When fans navigate the concourses they never loose sight of the field as Globe Life Field features 360 degree concourses on the lower and upper levels. Two giant video/scoreboards are located within the ballpark. Towering over right field is a 58′ high by 150′ wide videoboard. The display in left field measures 40′ high by 111′ wide. Globe Life Field does not have a grass field, but features an artificial synthetic turf. The Rangers chose turf due to issues with growing natural grass in retractable roof stadiums. The Texas Rangers played their first game at Globe Life Field on July 24, 2020, a win against the Colorado Rockies. 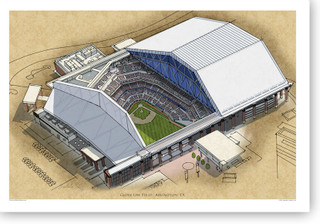 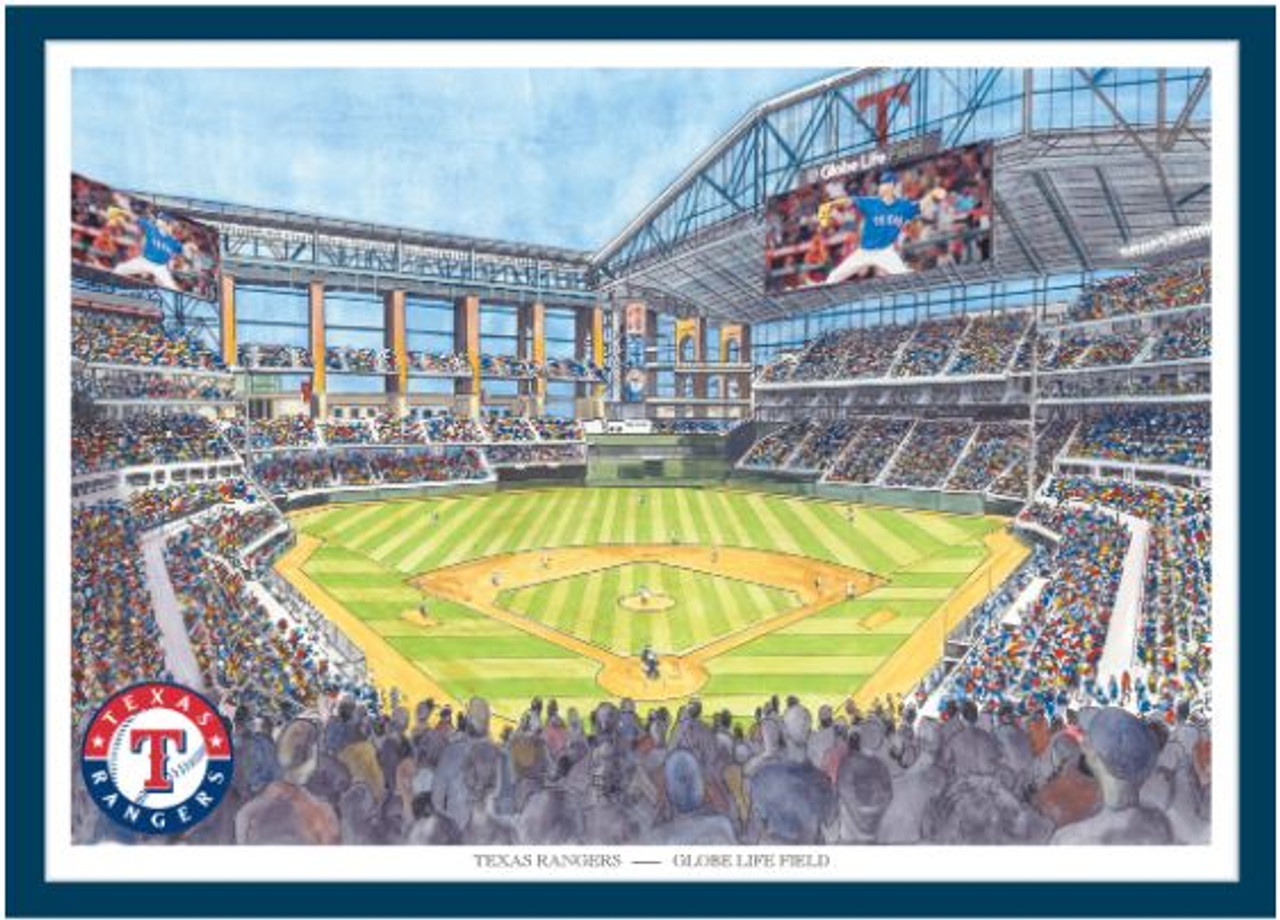 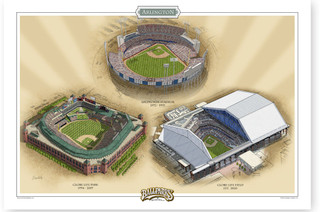