Perhaps one of the most popular stadiums in baseball history, Tiger Stadium was the home of the Detroit Tigers for nearly a century. Located at the corner of Michigan and Trumbull Avenues, it was a mecca for generations of Tiger fans. Baseball was first played at this location in 1896 when Detroit owner Arthur Van Der Beck bought the club and constructed a 5,000 wooden ballpark named Bennett Park. The ballpark was expanded several times over the next decade but was primarily built of wood and began to deteriorate. This led to the entire ballpark being demolished after the 1911 season. A new ballpark of steel and concrete was constructed on the same site. Homeplate was moved from right field to the location where it was until Tiger Stadium closed.

On April 20, 1912 the Detroit Tigers played their first game at their new ballpark, named Navin Field after the club’s owner, Frank Navin. It could seat 23,000 spectators as a covered grandstand extended down the first and third base lines with bleachers in right field. In centerfield was the first baseball hitters backdrop in baseball. The first major addition to Navin Field occurred before the 1923 season when a second deck was added between the first and third base and a press box was added on top of the roof. This addition increased the capacity at Navin Field rose to 30,000.

The 1930s expansion project gave Tiger Stadium its look that it retained for 70 years. In 1935, Navin Field was renamed Briggs Stadium after owner Walter O. Briggs. A series of expansions began prior to the 1936 season that included adding a second deck to the single deck pavilion that extended down the first base line and around into right field. In order to expand the stadium in right field, a problem had to be solved. Trumbull Avenue was located behind the right field fence therefore the grandstands could not be expanded out. To solve the problem, the right field line was shortened to 325 feet and the upper deck extended over the lower deck and over the playing field 10 feet. Construction was completed by April 1937 and Briggs Stadium could seat 36,000 fans. The following season the single deck pavilion that extended down the third base line and around into left field was double decked. A gap between the double decks in right and left field was filled with two decks of bleachers with the scoreboard placed on top. With this expansion, Briggs Stadium was now enclosed and had a capacity of 54,500, making it one of baseballs largest stadiums. Dimensions were 340 ft. (left), 440 ft. (center), and 325 ft. (right).

Night baseball came to Briggs Stadium on June 15, 1948. During the same year, the press box was extended around the third deck. In 1961, Briggs Stadium was renamed Tiger Stadium when the team was bought by John Fetzer. Tiger fans became outraged in 1972 when Fetzer announced that he was going to build a new multipurpose stadium. At the polls that year, voters rejected bonds to construct a new stadium along the Detroit River. Throughout its history the stadium hosted many other events other than baseball. The Detroit Lions (NFL) and other football teams played at the ballpark from 1938 to 1974. Boxing matches, concerts, and many other activities took place at the stadium. Fire broke out at Tiger Stadium in 1977 and destroyed the press box. The city of Detroit bought the stadium from the Tigers for $1 and decided to renovate Tiger Stadium in 1978. Over seven years a $18.5 million facelift was completed at the stadium. This included replacing the original green seats with new orange and blue seats, a new video/scoreboard replaced the old hand operated one in centerfield, a new press box with two luxury suites were hung from the second deck, concessions and restrooms were updated, and new blue and white siding was added to the facade of the stadium. In 1993, $8 million in expansions were completed at Tiger Stadium, including building a food court called the Tiger Plaza, where the players once parked.

Detroit Tiger fans continued to enjoy going to baseball games at the corner of Michigan and Trumbull until it closed. Many fans did not mind the columns that may have been in front of their seat or other obstructed views. The overhang in right field provided many homeruns that may not have been homeruns in other ballparks and the flagpole in centerfield could cause problems for outfielders. If a Tiger fan did not sit in the bleachers in the outfield listening to Ernie Harwell on a hand held radio, they did not know what they were missing. From the green grass to the green seats and eventually the blue and orange seats, Tiger Stadium reminded fans what baseball was like in 1914. By the early 1990s the owner of the Tigers wanted a new luxurious ballpark for team. A new ballpark for the Tigers was built in downtown Detroit, and the club moved to Comerica Park after the 1999 season. The last game at Tiger Stadium was on September 27, 1999. Many fans were saddened when the last game was played at “The Corner”.

For nearly a decade Tiger Stadium sat abandoned as several attempts were made by preservation groups to save and renovate a portion of the facility for a variety of uses. The City of Detroit was uninterested in saving any part of the stadium and in July 2007 announced plans to demolish Tiger Stadium. Seats and other items were removed from the stadium in October 2007. Partial demolition of the stadium was completed by September 2008. Another attempt to save the remainder of Tiger Stadium was unsuccessful and the final sections of the stadium were demolished in September 2009. For nearly a decade the site sat empty. The only reminiscence remaining from Tiger Stadium was the playing field and the original flag pole in center field. In 2016 the Detroit Police Athletic League acquired the property and built The Corner Ballpark on the site of Tiger Stadium. The youth sports complex includes an 8,500-square-foot building, a baseball field on the same footprint of Tiger Stadium’s field and the original flag pole from the ballpark. 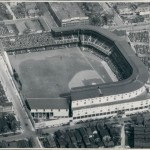 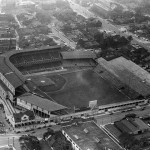 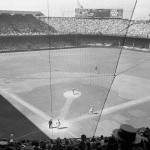 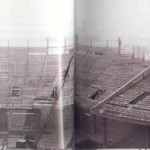 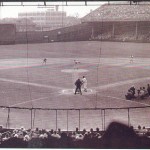 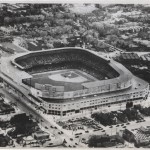 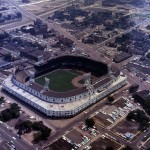 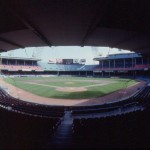 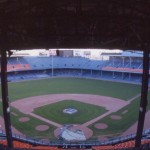 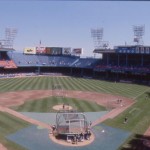 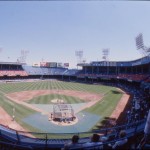 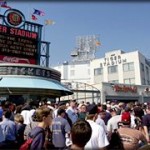 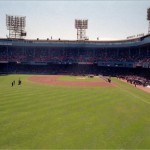 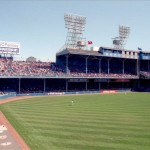 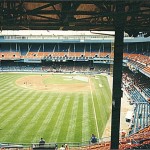 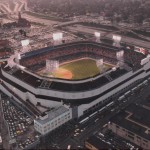 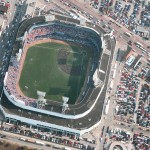 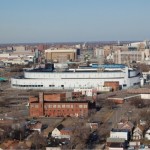 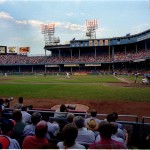 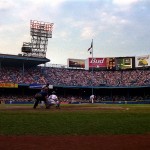 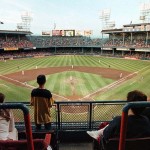 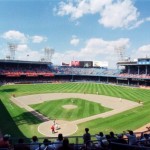 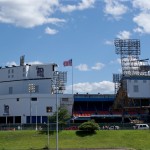 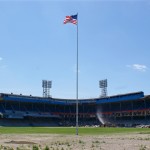 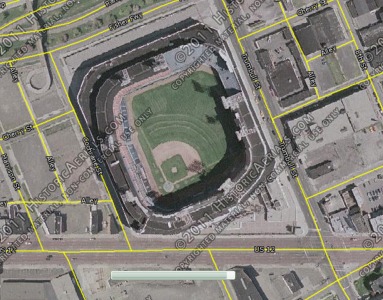 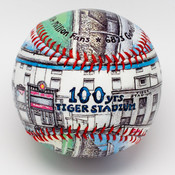 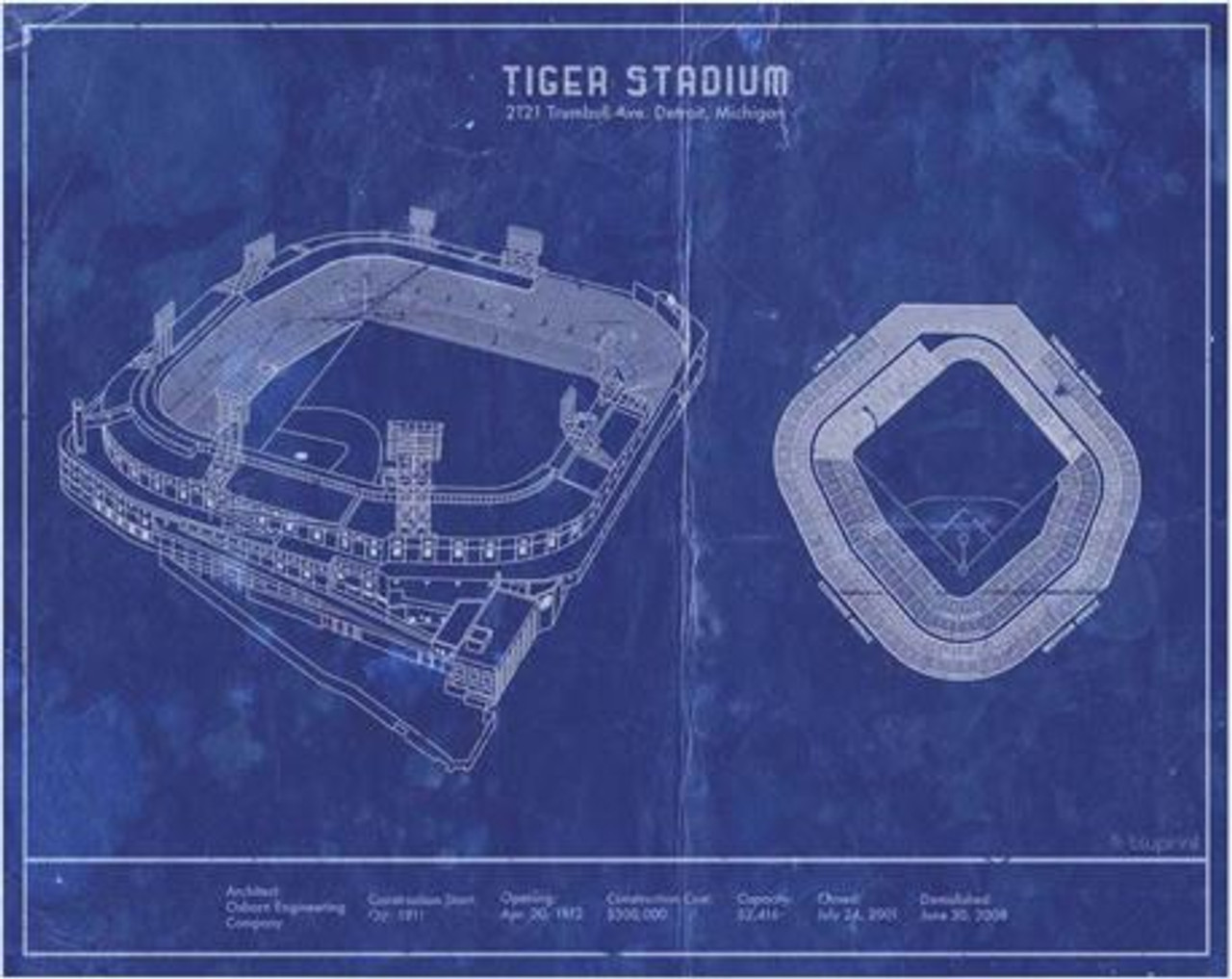 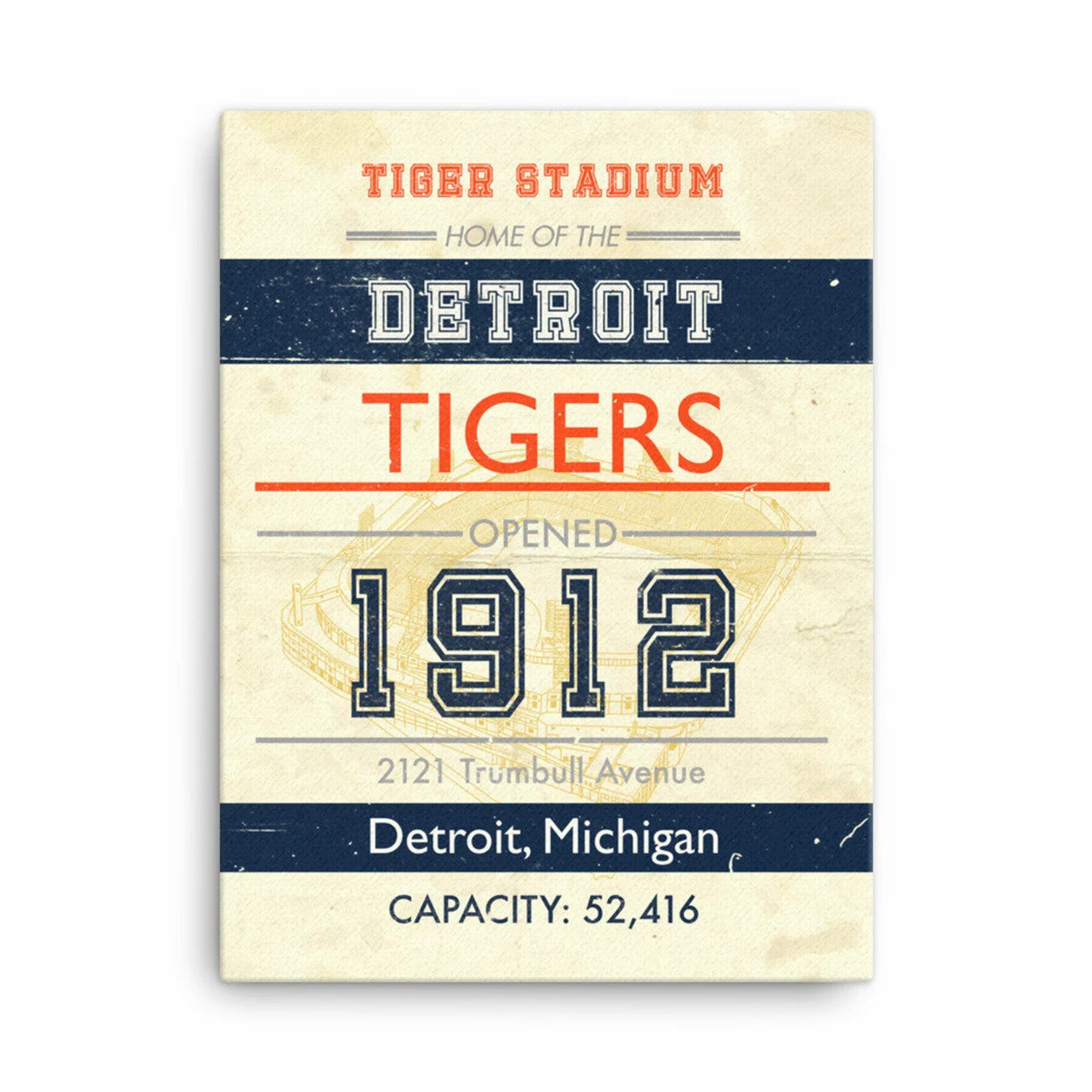