With a background that includes swaying palm trees and the San Gabriel Mountains there is no other ballpark that you could be at other than Dodger Stadium. While it is the third oldest ballpark behind Fenway Park and Wrigley Field, one would never know as the stadium has been renovated several times throughout its history while maintaining its charm.

The Dodgers franchise was originally located in Brooklyn, NY where they played at the iconic Ebbets Field for 44 seasons. In 1950 Walter O’Malley purchased the team and began to seek a new ballpark for the Dodgers in Brooklyn. Politicians in the city prevented O’Malley from constructing a ballpark here leading him to evaluate other options. During the 1950s cities on the West Coast were experiencing population booms including in Los Angeles. Officials here and in San Francisco sought to attract a professional team to their respective cities. The New York Giants, who played at the Polo Grounds, were unsuccessful in constructing a new ballpark in New York and decided to move the West Coast along with the Dodgers following the 1957 season. The Dodgers moved to Los Angeles and the Giants to San Francisco.

The Dodgers initially played at the Los Angeles Coliseum, a 90,000 seat stadium built for the 1932 Olympics. In 1958 Los Angeles provided 352 acres of land in Chaves Ravine to the Dodgers in exchange for the team financing and constructing a new stadium. Construction began September 17, 1959 and was originally to open in 1961 but landslides and lawsuits delayed construction by a year. On April 10, 1962 the Los Angeles Dodgers played their first game at Dodger Stadium against the Cincinnati Reds when over 52,000 fans packed the five level structure. Not only was Dodger Stadium home to the Dodgers during their inaugural first year, but it was also the home of the Los Angeles Angels who played here for three seasons before moving to Anaheim in 1966. 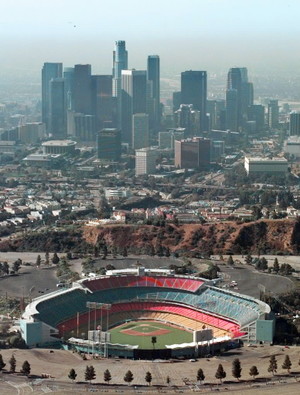 Located just a few miles from downtown Los Angeles, Dodger Stadium is located in the valley of Chavez Ravine. The stadium was constructed in the hillside with parking lots surrounding the facility allowing fans to enter the stadium on the same level as their seats. Upon entering Dodger Stadium fans encounter a stadium featuring five seating levels, all extending from the left field foul pole to homeplate and to the right field foul pole, except for the top deck. The top upper deck stretches from the first base side to the third base side. Bleachers are in right and left field and feature a wavy top roof, one of Dodger Stadium’s iconic features. Located behind the bleachers in left and right field are another one of the stadium’s iconic features, two jumbo hexagonal HD video-scoreboards.

Dodger Stadium changed little during its first three decades of existence, with the exception of its original wooden seats replaced with plastic ones in the 1970s. By the start of the 21st century that changed. Before the start of the 2000 season, new field level seats down the foul lines beyond the dugouts and a new expanded dugout section, known as the Dugout Club was added. After the 2004 season the dugouts were pushed forward allowing for several additional rows of Dugout Club seats to be added and additional seating down the foul lines. This project added roughly 1,500 seats to Dodger Stadium but kept the seating capacity at 56,000. The most recognizable change that most people noticed occurred prior to the 2006 season when all of the seats were replaced. The seating bowl returned to its original seating color scheme from 1962: yellow, light orange, turquoise, and sky blue. Additionally, box seating was added to the baseline area and the stadium bowl concrete was repaired, resurfaced and refinished. This $20 million renovation project also included the terrace picnic area that seats 500 people outside the Loge level seating entrance. In August 2007, the Dodgers announced the next phase of renovations to Dodger Stadium that widened the concourses and expanded the number of concession areas and restrooms. Before the 2008 season, renovations were completed on the field level that included two new Baseline Box Clubs.

The next phase of renovations were completed prior to the start of the 2013 season as $100 million was spent by Dodger ownership upgrading Dodger Stadium. These improvements included new HD video/scoreboards in right and left field, a new sound system, wider concourses, new restrooms and an upgraded home clubhouse that includes new batting cages and weight rooms. Before the 2014 season, the team added bullpen overlooks that provide seating and lounging areas with a view of the action in the bullpen. The white tents that were once behind the bleachers in the outfield were replaced with a new Dodgers team store.

In July 2019 the Dodgers announced plans for a $100 million dollar renovation to Dodger Stadium that was completed prior to the start of the 2020 season. Behind the outfield bleachers a two-acre center field plaza was added that includes a beer garden, sports bars, children’s play area and a section for live entertainment. The plaza entrance features a Jackie Robinson statue and the “Legends of Dodgers Baseball” plaques. Additionally, new restrooms and seating was added to the bleacher pavilions in left and right field. Escalators and elevators on both sides of the plaza connect fans to the rest of Dodger Stadium, marking the first-time fans will be able to walk around the entire stadium. The seating capacity remains 56,000.

Since opening in 1962, Dodger Stadium has remained one of the cleanest and beautiful ballparks in the country. Not only is it given a fresh coat of paint each year, but the team employees a full time arborist to care for the landscaping surrounding the stadium. One might be surprised that the views behind the outfield could have been eliminated as Dodger Stadium was designed to be expanded to seat 85,000 fans. Original plans of the stadium also included a picturesque fountain in center field in which varied-colored spotlights would have played on the cascading waters if a Dodger player had hit a homerun.

Dodger Stadium has been the home to five Los Angeles Dodgers Championship teams and 19 National League West Division title teams. Hall of Fame manager, Tommy Lasorda, along with Sandy Koufax, Don Sutton, Orel Hershiser and Mike Piazza are just a few of the greats that have called Dodger Stadium their home. The atmosphere found at Dodger Stadium is hard to find anywhere else in baseball and although it is more than 50 years old, Dodger Stadium still ranks as one of MLB’s top ballparks. 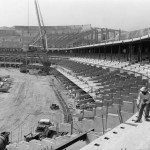 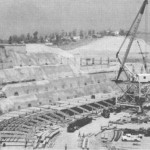 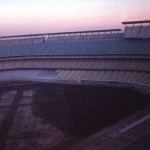 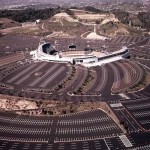 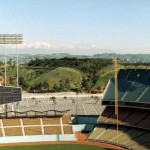 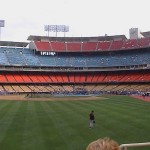 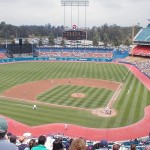 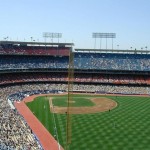 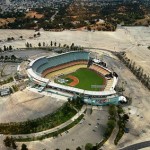 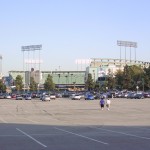 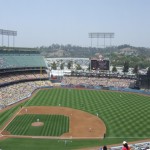 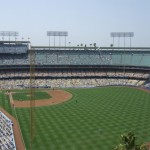 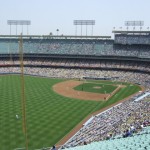 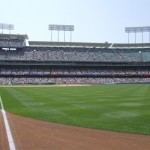 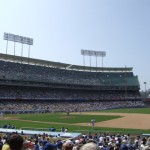 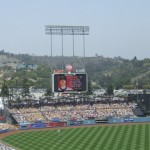 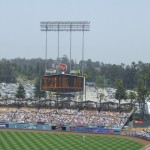 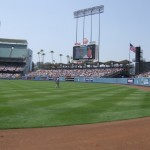 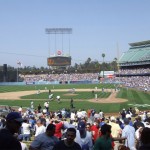 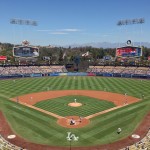 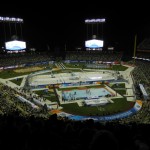 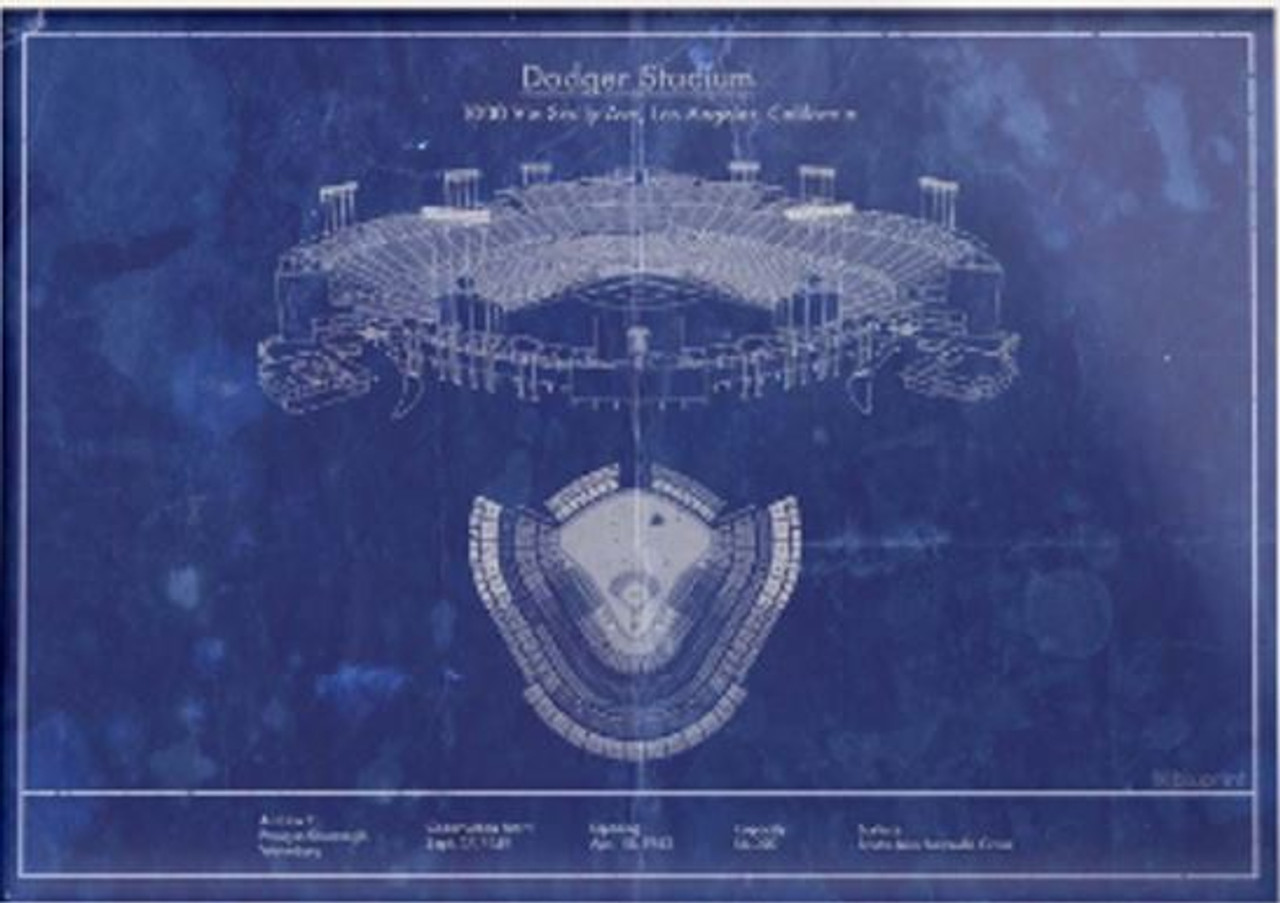 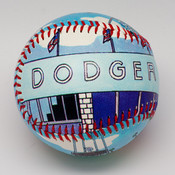 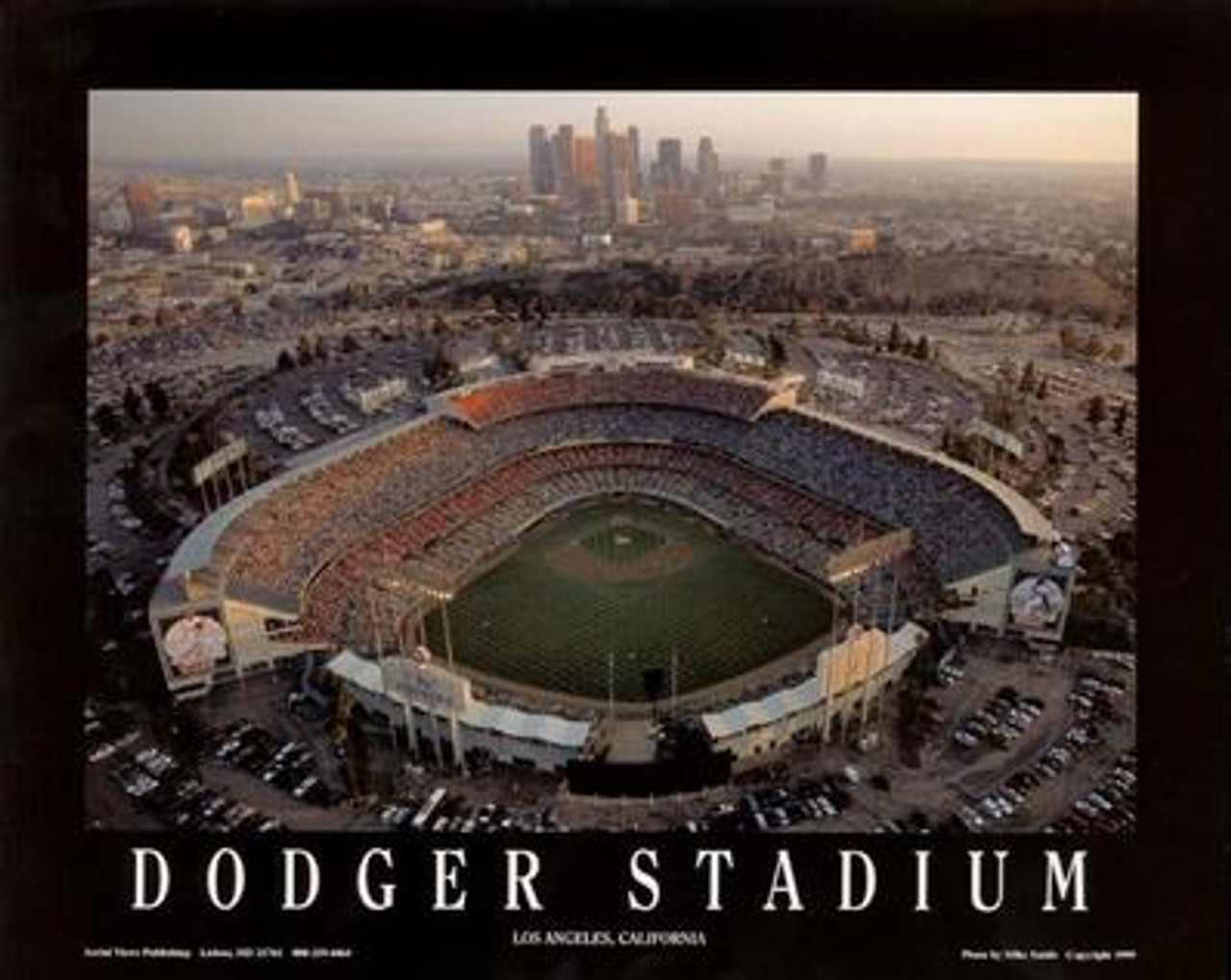 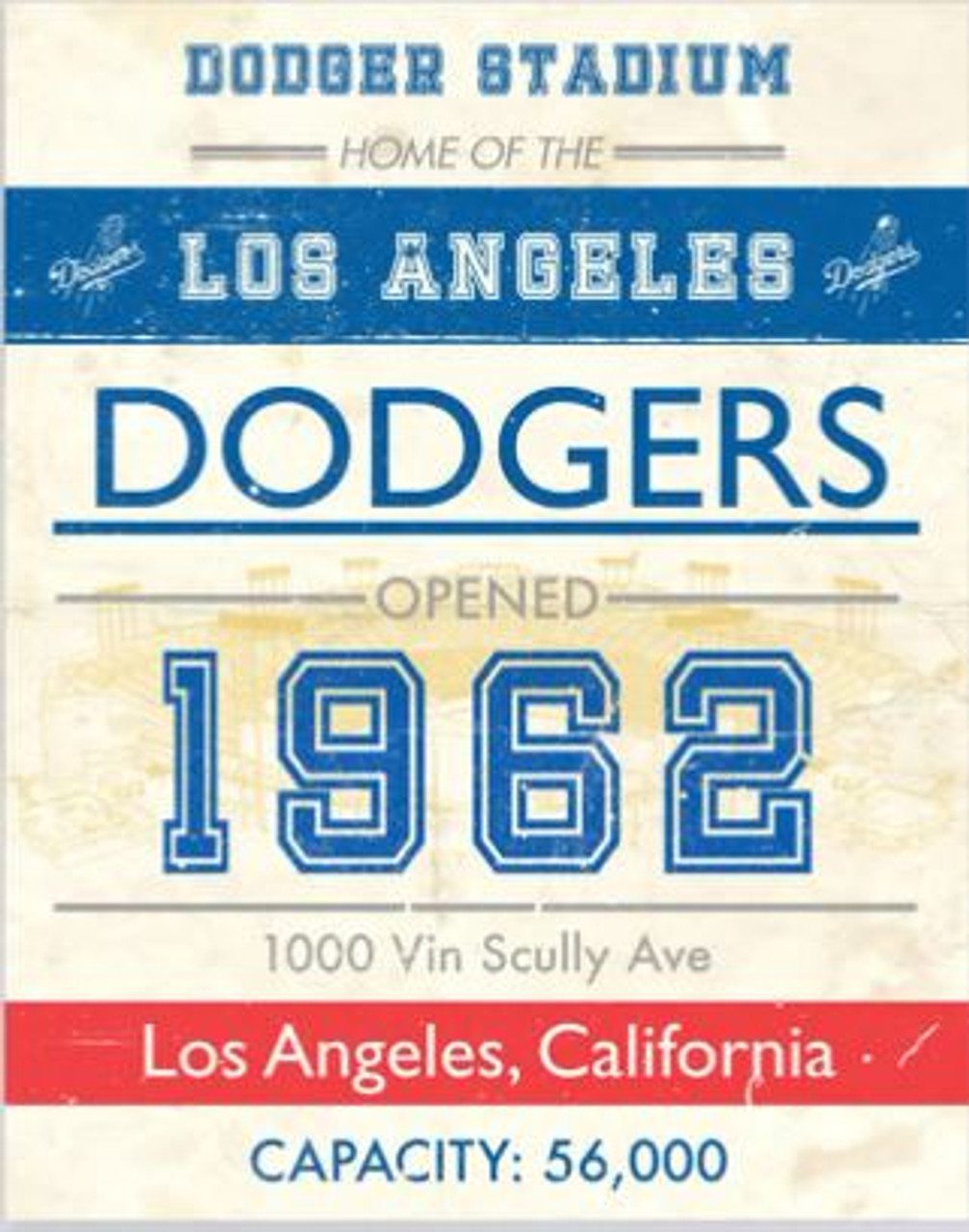