Fenway Park, home of the Boston Red Sox, is baseball’s oldest ballpark, opening in 1912. However, the team’s history dates to 1901 when they were founded as charter members of the American League and known as the Boston Americans. As a new franchise, the team need a ballpark to call home. A location along Huntington and Rogers Avenues in the Roxbury section of Boston was selected to construct a $35,000 ballpark. A small 9,000 seat facility constructed primarily of wood was built here and opened on May 8, 1901 when Boston battled the Philadelphia Athletics. It was named after its location, Huntington Avenue Grounds. Over the next decade the ballpark was expanded. In 1904 14 rows of bleachers were added in left field increasing the seating capacity by 3,500. Five years later in 1909, bleachers were added in center field and the pressbox was constructed atop the roof of the single story grandstand. The following year the bleachers were extended from third base into left field, increasing the capacity to 14,000. Throughout its history the ballpark had expansive dimensions. The center field wall was 530 feet from homeplate when the ballpark opened and at one point it was 635 feet from the plate. The dimensions to center field were so expansive that a tool shed was located here and in-play. The scoreboard was located in right field.

Huntington Avenue Grounds was the site to several historical moments during its existence. It was the home to the first World Series in 1903 between Boston and Pittsburgh. On May 5, 1909 Cy Young pitched the first perfect game in baseball. Boston’s history at the ballpark was short as they played their last game at Huntington Avenue Grounds on October 7, 1911 against Washington. The following season they moved to Fenway Park. The ballpark was demolished and the site is now part of the Northeastern University campus. 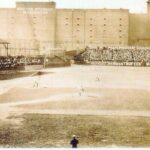 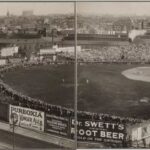 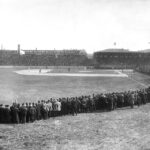 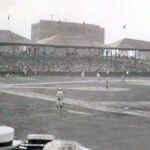 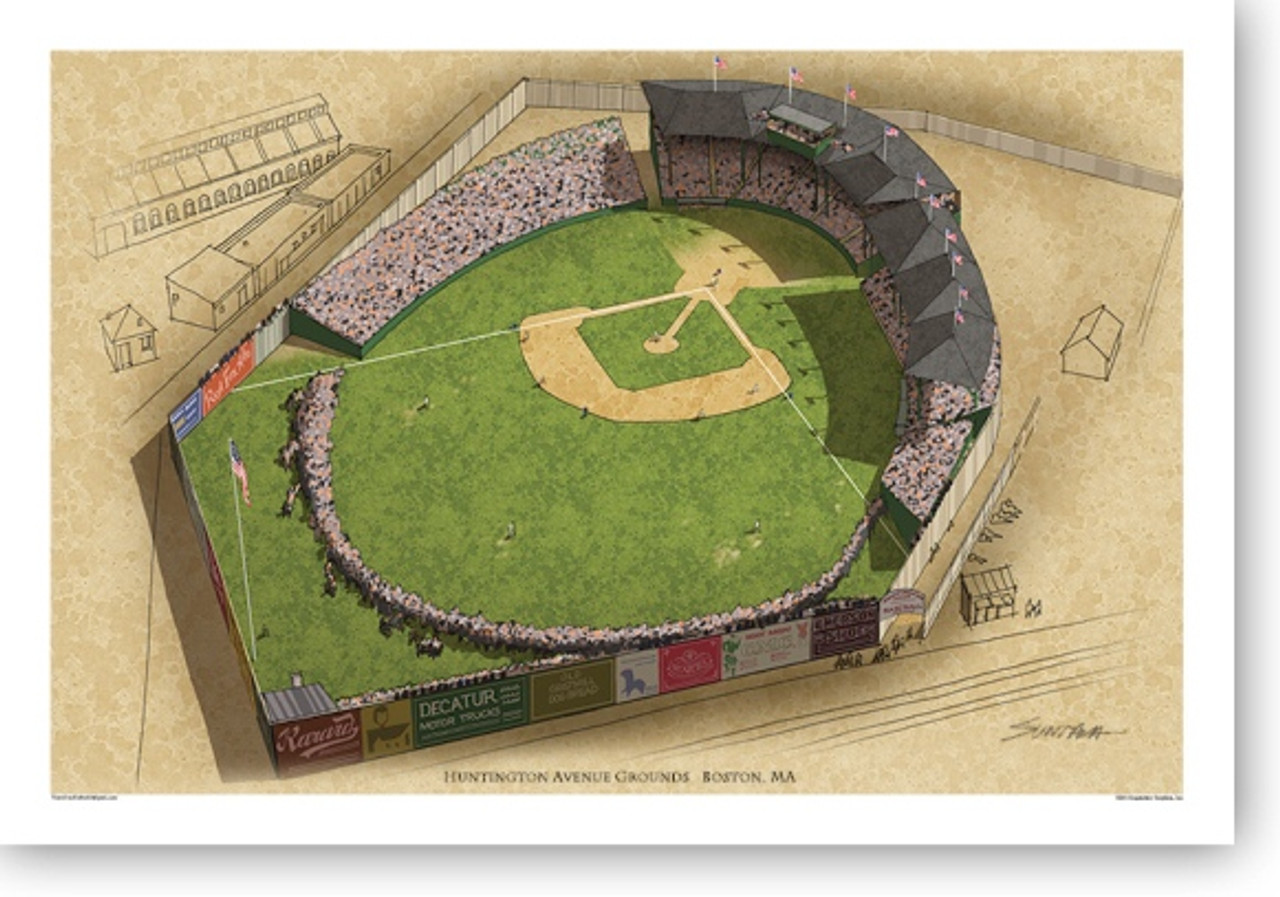 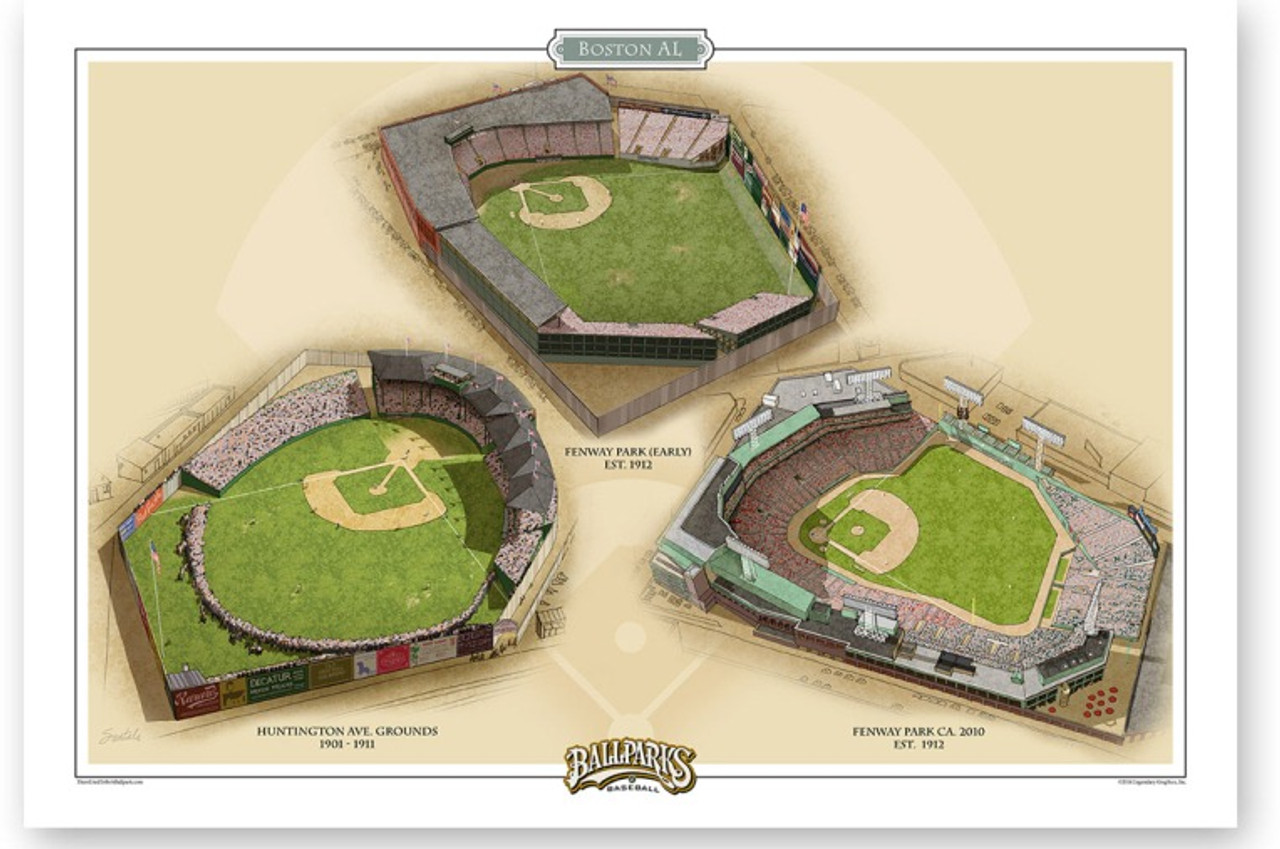