Known to most fans and players as the Coliseum, the home of the Oakland Athletics is yearly ranked as one of the worst stadiums in the league. Some diehard A’s fans may disagree with this as they like the charm of the coliseum as it is unlike any other stadium in baseball. The facility is named Ring Central Coliseum, but for most of its history dating to the 1960s it was called the Oakland Coliseum. It’s the only home the Athletics have called home since moving to Oakland. 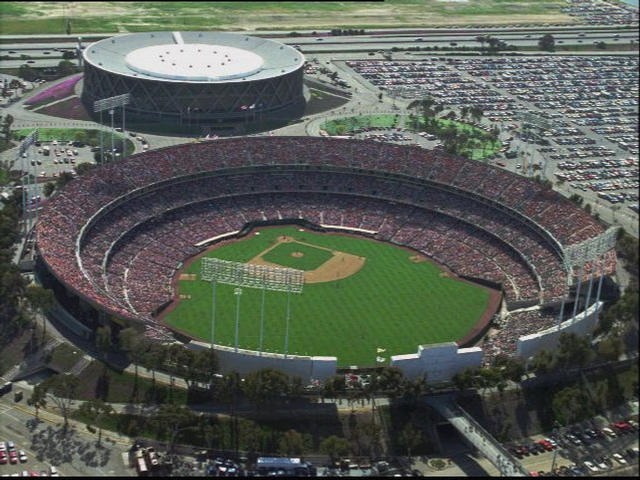 In the mid-1940s Oakland officials first proposed a new stadium be built in the area to attempt to lure a professional baseball or football team. It was 1960 before a site was chosen to build the stadium near the C.W. Nimitz Freeway. Construction on the multipurpose stadium began in 1962. The lower bowls of the stadium were constructed within the ground, with the upper deck above ground allowing fans to enter the stadium here. Completed in four years, the NFL’s Oakland Raiders played the first game at the Oakland Coliseum on September 18, 1966. The coliseum was without a baseball tenant for its first two years. In Kansas City, Athletics owner Charles Finley was unwilling to wait for a new stadium to be constructed there and moved the team to Oakland following the 1967. Renamed the Oakland Athletics, the team played their first game at the Oakland Coliseum on April 17, 1968 when 50,219 fans packed the three tiered stadium. Built in a circular shape, many of the seats stretched from foul pole to foul pole, with bleachers beyond the outfield fence. Two video/scoreboards were originally located above both the left and right field bleachers. Over the next two decades few changes occurred at the Oakland Coliseum. The Raiders moved to Los Angeles in 1981 leading the A’s as the primary tenant. The coliseum remained an excellent place to watch a ballgame until 1995 when the Raiders moved back as drastic changes occurred at the Oakland Coliseum.

As part of an agreement when the Raiders moved back to Oakland, the coliseum was expanded. All of the outfield bleachers were removed and replaced by a four-tier section of 22,000 seats. The video boards are now above the stadium rim down both the left and right field lines. The coliseum was renamed UMAX Coliseum in 1997, but was later renamed Network Associates Coliseum in 1998. After the 2004 season, the stadium was renamed again and was known as McAfee Coliseum. After the 2008 season McAfee chose not to renew their naming rights contract and the stadium name reverted back to its original name, the Oakland-Alameda County Coliseum. In April 2011 Overstock.com purchased the naming rights to the coliseum for six years at $1.2 million annually. In June 2011 the coliseum was officially named O.co Coliseum. In March 2016, Overstock ended their naming rights agreement with the coliseum and the name reverted back to the Oakland Coliseum. In 2017 the A’s named the playing field at the coliseum in honor of Hall of Famer Ricky Henderson. In May 2019 the Oakland Coliseum was renamed again when RingCentral purchased the naming rights for three years at $1 million per year.

In 2006, the A’s closed all sections of the upper deck at the coliseum, moving fans closer to the action on the field and making the stadium more intimate. All seating sections in the upper deck, with the exception of three sections were closed and covered with tarps decreasing the seating capacity to 35,000. In 2017 the team announced plans to reopen the third deck, except for in the outfield. This increased the seating capacity to 47,170.

Fans can easily arrive at the stadium via the BART Metro or drive and park in many of the lots that surround the coliseum. Before the game, fans can be found tailgating, discussing baseball and enjoying each other’s company. Upon entering the stadium fans can easily access their seats in the first or second levels. The main concourse serves both the lower and second decks of the stadium allowing easy access for fans wanting views from different parts of the stadium.

The Athletics shared the coliseum with the Oakland Raiders from 1995 through the 2019 season. The Raiders moved to Las Vegas and Allegiant Stadium in 2020. The Oakland Coliseum was the last stadium in professional sports to house both a MLB and NFL team. As one of the oldest stadiums in baseball that lacks many modern amenities the A’s have sought to have a new ballpark built for nearly two decades in multiple locations. For nearly two decades the Athletics have sought to have a new ballpark constructed in the Bay Area, but multiple attempts have failed. In recent years they have focused on having a new ballpark built at Howard Terminal in Oakland and have began looking at potential sites in Las Vegas, NV if they are unable to move forward with constructing a new ballpark in Oakland. 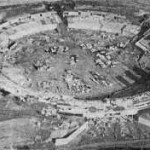 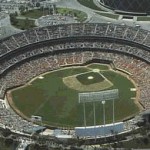 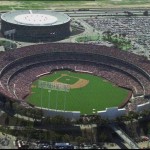 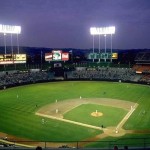 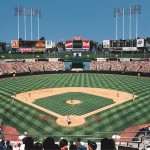 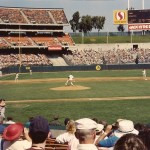 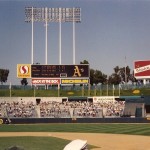 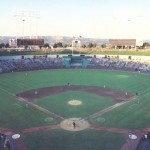 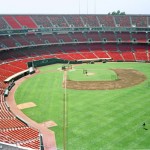 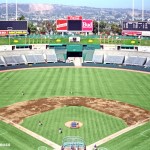 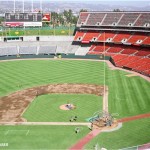 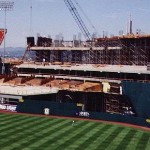 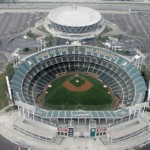 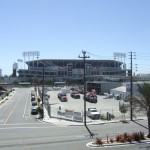 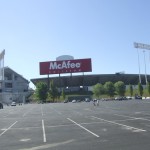 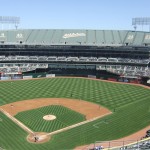 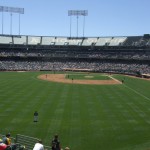 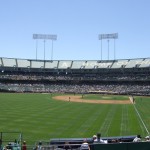 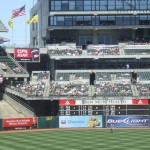 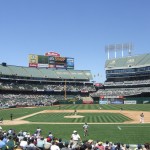 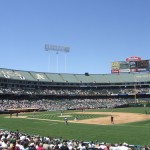 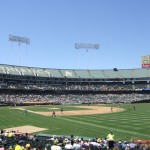 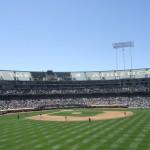 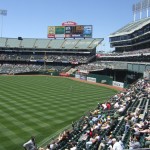 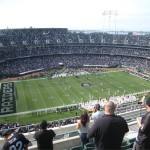 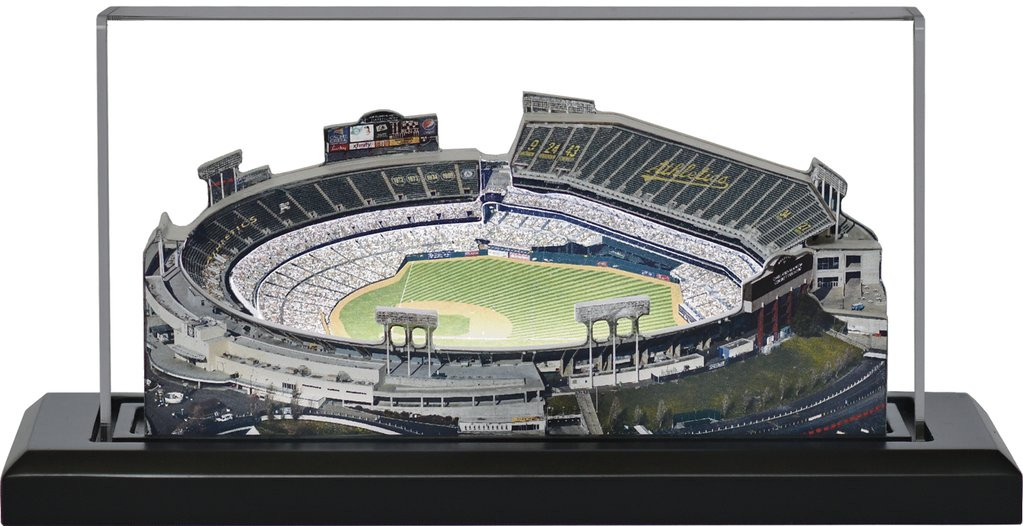 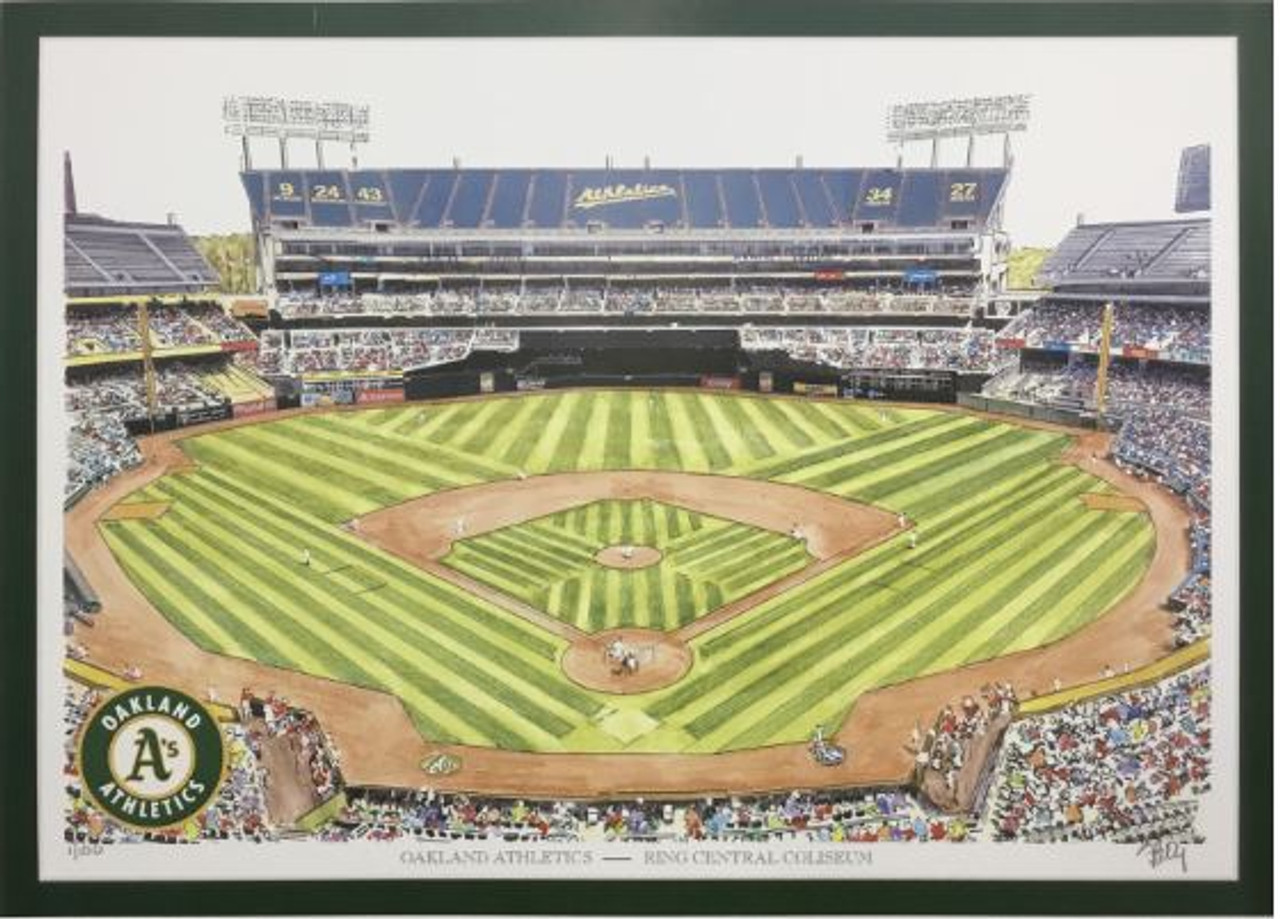 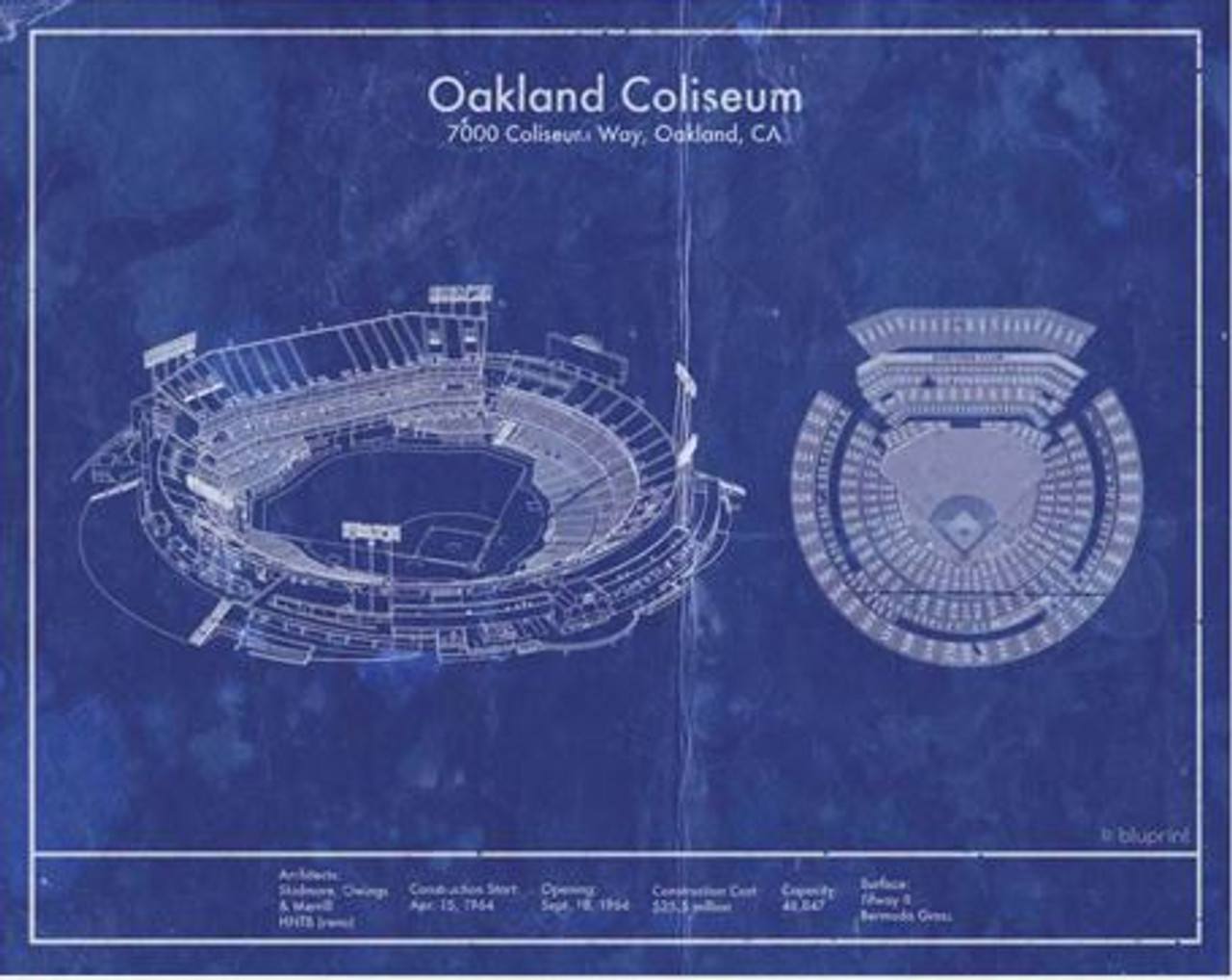 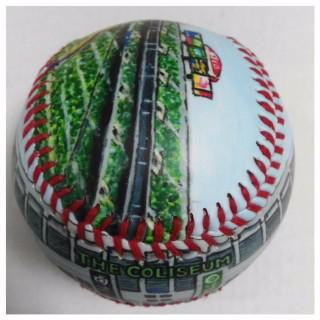